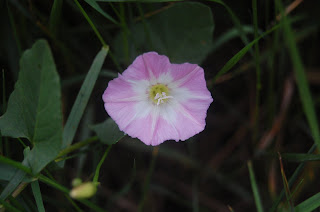 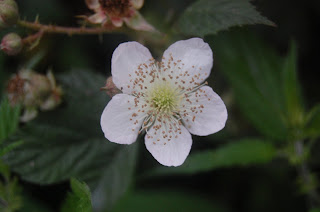 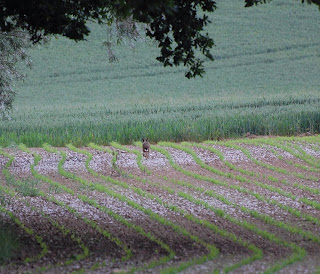 A wander up Chapel Lane last night in grey light produced a smattering of usual birds, with numbers of linnets being particularly high (15+) and a tawny owl calling from Brick Kiln Hill. A hare was photographed enjoying the maize seedlings put down for pheasant cover adjacent to Queer Wood. Along this stretch plenty of insect life was observed and some photographed. 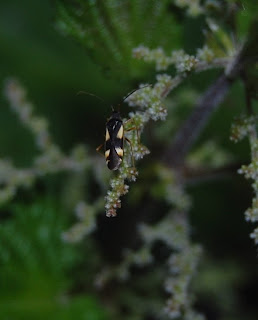 Depicted here is the difficultly named dryophilocoris flavoquadrimaculatus. This species is found on or near oak trees and feeds on young leaves and catkins as well as small insects and their eggs. Easily identifiable with its black and creamy wing case.
Several new flowering plants were also recorded. Shown here, at the top, field bindweed (convolvulus arvensis) followed by flowering bramble (rubus fruticosus) and finally a tall example (2 metres!) 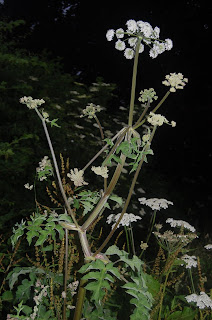 of hogweed (heracleum sphondylium) A good plant to attract insects on hot summer days, especially soldier beetles.
Yet another invasive harlequin ladybird was seen along the hedgerow leading down to Pathway cottages, proving that they are now, unfortunately, well established locally.
Posted by Jono Forgham at 18:57