Set off early for a wander around Minsmere. Weather was perfect, a little breezy but pleasantly warm. Headed off to the beach and the East hide, which was closed for improvements and an extension, so into the public hide. Usual fare from here including 1000+ Lapwings before heading off to Lucky Pool and the North and South Levels in search of a Lesser Yellowlegs. Eventually found it with a Redshank on the North Levels, distant  but got good binocular views.

A peregrine sat in a nearby field as I searched for Red deer. Plenty of slots but no sightings. Back to the sluice and into the South hide where a distant pair of smew were constantly diving. 3 Whooper swans on a nearby pool before returning to the centre for a coffee.

Back on to the reserve to the North Hide where a Jack snipe was barely visible in sedge and then finally a search around the sand martin bank for adders. Eventually found one just a yard or so over the wire fence.

Off to Dunwich Heath, checked the sea from the clifftops where 1 Red throated diver was fishing but far too windy for Dartford warblers to be showing so finished off searching for owls and bittern at Hen Reedbed on the road to Southwold. Neither seen as I walked along the banks of the River Blythe. Plenty of waders and distant gulls on the mud before heading off back home. A good day.

Set off to Abberton this morning with a view to visit the reservoir, the hides and then check for wildfowl from the casueway that crosses the water where you can park easily and scan the huge area. Good birds, including smew, white fronted geese, solitary pink footed goose and 7 goosanders.

I parked on the Layer Bretton Causeway and immediately heard a single note, high pitched call. An otter! After 15 minutes of waiting I noted some of the bullrushes moving and out popped a young, 1st year otter. My first for England. After a few minutes it disappeared back into the vegetation but reappeared briefly some 20 minutes later. Managed to fire off these record shots. 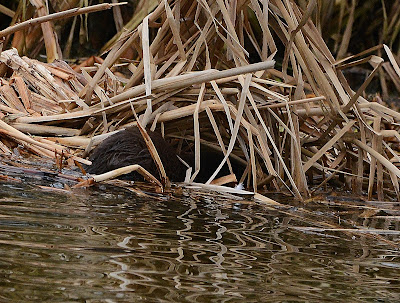 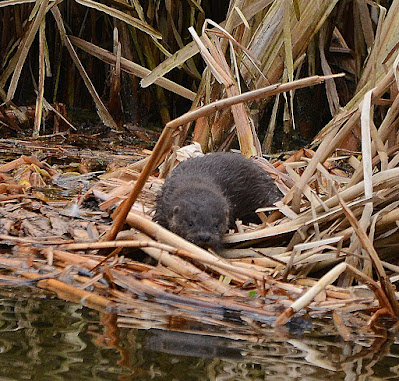 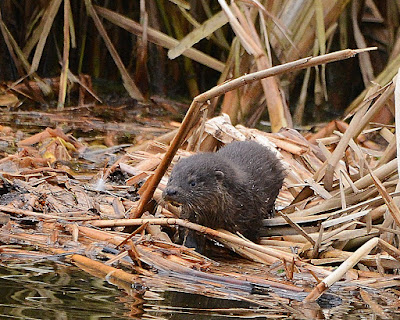 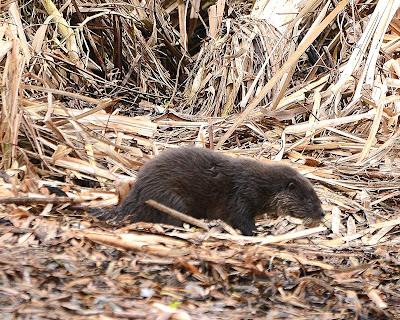 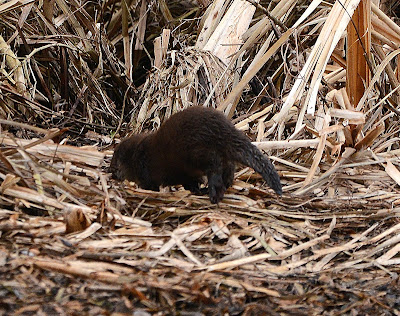 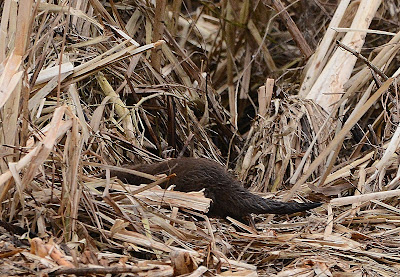 Plenty of birds seen whilst I was present, too. Species list:

Many of the birds were distant so these are crops. 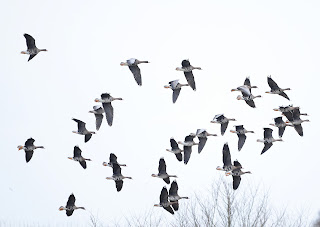 Posted by Jono Forgham at 21:29 No comments: