Yesterday was warm and intermittently sunny so I went off in search of an uncommon micro moth, Nemophora metallica. Fairly easy to find if present, as invariably found on their larval foodplant, Field Scabious. There is a whole bank of this plant in the park and it wasn't long before I recorded 2 of them present.

Other insects also there along with a Common tern over the lake. A good couple of hours and pleasant chat with a chap on the bridge at the northern end of the lake. 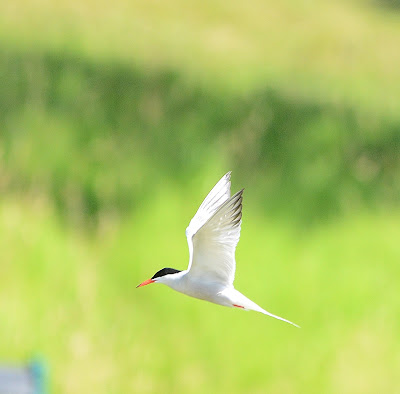 Posted by Jono Forgham at 09:07 No comments:

Just a quick list as a reminder from today's trip: 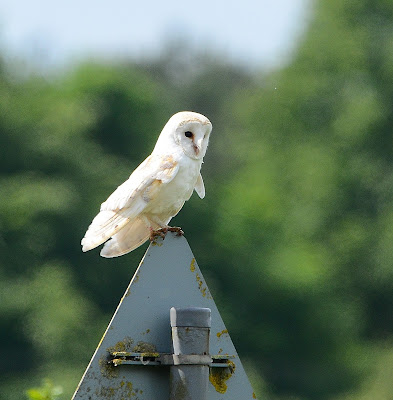 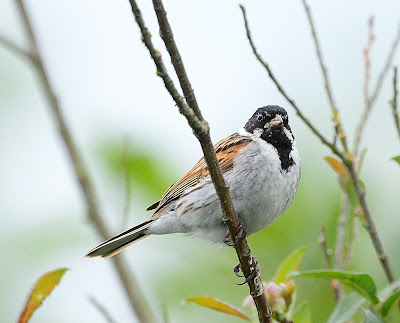 Posted by Jono Forgham at 21:20 No comments:

Couple of days in Dorset

Set off Wednesday 18th at 6.30am for Weymouth with a plan to spend time birdwatching around the Island of Portland, particularly The Bill for sea watching.

After a few hold ups I was birding by 10am and straight into a few year listers. Some good birds before back to Weymouth to visit the two local reserves, RSPB Radipole Lake in the centre of Weymouth and RSPB Lodmoor, a few miles east of the town centre.

Finally finished the day and checked into my hotel, processed over 300 photos and headed out for a Thai curry.  Glass of rum and bed as I planned to be back at The Bill for a long sea watch by 6.30am

Thursday dawned bright with a promise of sun and warm temps. Great for photos but not good weather for bringing in any migrants from the sea and this proved to be the case. Few swallows and martins along with a solitary wheatear on the rocks at The Bill. Out to sea a Great northern diver flew east and a Balearic shearwater hung around,  both too far out for a photo. A solitary Arctic skua headed west. Birding at The Bill can be very good but today appeared not to be a day for large passage. 80+ gannets west and a constant flurry of Guillemots and razorbills coming to and from the West cliffs where they are breeding. Mixed in, Kittiwakes and Fulmars.

A wander along the West cliffs, Thumb Lane, The Grove, Culverwell and Sweet Hill didn't give up anything unexpected, so back to The Bill for more photos of the residents.

Off to Ferrybridge where the Little Tern colony continues to expand but devoid of waders save for an Oystercatcher and Little egret so a return to Radipole Lake. The previous day it had been grey and drizzly, so today offered better photo opportunities and several species made the trip list.

On the Friday I was back at The Bill by 6.30am but it was grey and drizzling. The forecast was for continual rain until the afternoon, so after a brief wander, I headed home. Jams at Southampton to Winchester and an accident on the M11 meant the home journey took well over 5 hours.

Day 1 photos: Many of the sea bird photos were taken over a long distance. Nothing flies close to the coast apart from the gulls.

Photos Day 2: More distant auks etc and by 12pm, heat haze was a problem as the temperatures reached 20C+