Attached are a series of photos from recent new moths found in the trap. Tuesday night/Wednesday morning was particularly productive with several new species coming to the trap.
Posted by Jono Forgham at 17:57 No comments:

A 4 day visit to the Camargue began Monday 18th at 6.25a.m. at Luton airport with take off to Nimes, returning Thursday morning (21st July) Having arrived and taken a bus to Nimes station, train to Arles and then bus to Albaron village, I dumped my meagre possessions and took the bus to Pont De Gau Parc Ornithologique. An excellent starting point for seeing the common birds of the area. Greater flamingoes, egrets (cattle and little) grey herons, night herons and black winged stilts were all observed, but overall the reserve was much quieter than when I last visited in September 2010. After several hours on the trail, I took the 5km walk south to Sainte Marie de la Mer, the self proclaimed capital of The Camargue. A small town of 2000 residents, boosted by nearly 50,000 each year. Coffee and a meal here before the bus back to the b and b. A wander around the village fields gave good views of both wood and common sandpipers, along with whiskered and common terns. A meal, bottle of Costiere de Nimes red finished a successful first day. The next morning I planned to have a long walk, some 40km but, having risen at 6.00a.m. and taken coffee and croissants at a local bar/tabac I was thwarted by heavy rain and an amazing thunderstorm. This eventually abated at 8.00a.m. and I set off. En route I saw glossy ibis, gull billed tern, spoonbill, night heron, short toed eagle, black and red kite, zitting cisticola and endless egrets. After a 20km wander I arrived at the reserve to be informed that following the storm most birds had moved on! Plenty of dragonflies (and mosquitoes) along with a few butterflies and green sandpiper, hoopoe, melodious warbler, black necked and great crested grebe, bee eaters, sand and crag martins along with house martins and numerous swallows and common swifts. Well worth the wander before retracing my steps back to Albaron.
Wednesday and my last full day so I spent the day wandering around Paty de la Trinity, recording more of the same along with a few new dragonflies. At 4pm I decided to miss out on the endless bus/train journey to Nimes. I had to be at the airport at 7.30a.m. so I couldn't stay locally. I hit on the idea of walking back, overnight, to the airport. Setting off at dusk I immediately recorded a black tern and 2 collared pratincoles along with more kites, a calling scops owl and various warblers calling from the hedgerow as I passed. Stopping to chat with some local peach pickers working through the night I asked if the pathI was on would get me to the airport, some 11 km further along. Although they said no I thought I had plenty of time and wandered along until I ended up at the airport at 4 o'clock. I slept for a few hours, firstly settling under a tree, but the combination of a large grasshopper (photo) an even larger spider (photo) a snake, a lizard and endless mosquitoes helped me decide that the lawn outside the airport was best. I awoke at 6.00a.m. and had 2 hours to bird the local area. Orphean warbler was first heard and then seen along with pied flycatcher, whitethroat and chiffchaff. I then headed off for the return to Luton.
An excellent birding break. 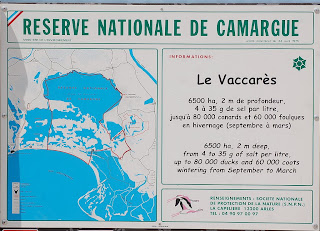 Posted by Jono Forgham at 14:32 No comments:

﻿﻿ ﻿﻿ A good haul of moths last night, with the first ruby tiger of the year, plus a new micro (phylctaemia coronata)  A good number of moths in the trap, with the seldom recorded shown above.
Also of note: a spotted flycatcher is at Westland Green. Has been observed for 5 days now and I shall make an effort to find out if it is the first breeding pair I have recorded for the parish, or a migratory adult, or a first year bird fresh from nest dispersal.
Posted by Jono Forgham at 20:20 No comments: