Another morning set off for North Norfolk. Today, first stop was to be Holkham Beach. En-route I recorded various birds: red kite, kestrel, common buzzard along with regular sightings of corvids and gulls etc. A huge, 300+ flock of fieldfare were noted near Swaffham.
Having parked in Lady Anne's Drive, I checked the Freshmarsh, large number of wigeon and brent geese whilst a water rail, scurrying across the road was a pleasant surprise. I got on to the beach and headed towards Holkham Gap to the East. A sign told me Northern Lark were present. What is it with the usage of American birds names in the UK? They are shore lark!! Anyway, the area was roped off, pleasing to see as last year, when 13 were present, photographers were perpetually trying to get too close and this meant the birds were constantly being moved on, using up valuable energy. Basically, if you stayed quiet and still there was the chance the birds would come close enough for a photo and, in poor morning light, indeed they did. In total, I counted 24 present along with a large flock of 90+ snow buntings which were constantly on the move.


I then headed off for a spot of sea watching. Several cormorant on the water but after checking backwards and forwards came across a great northern diver and a slavonian grebe, both fairly far out and viewed through the scope. On a spit of sand, oystercatchers, common, herring and black headed gulls and a few sanderling. At 6C and a good breeze, it was not a time to spend sitting in the dunes for too long, so I headed back to the car. By now the clouds had lifted and the sun was making an effort to climb into the sky.
A brief stop at Burnham Overy Staithe, then Burnham Deepdale to buy lunch. I took this to Brancaster Staithe where I watched waders on the mud. A particularly menacing herring gull gave me the eye, probably expecting my ham sandwich! AsI left, a rock pipit popped up on one of the boats moored on the mud.
Then off to Titchwell, arriving at 1.45, with the sun already on a downward path. The island hide gave views of regular species (black tailed godwits, avocets, shoveler, wigeon etc) so off to the Parrinder Hide where a water pipit settled briefly, too briefly, in front of the hide along with a large flock of linnet. Several dunlin, hundreds of golden plover and lapwings as well as shelduck and more teal and wigeon.
Then, off to check the Volunteer Marsh and then the Tidal Marsh: grey plover and pintail were added but by now the sun was very low and getting dark, so I returned to the car. As I did, all the plovers went up as one, something had spooked them. A quick check of the sky gave up the answer: a peregrine.
With little light left I headed to Thornham Harbour. I was greeted by a mixed flock of finches, containing mainly goldfinch, several redpolls and 5 twite. Pleasing to see as my last visit here a week last Monday had concluded in only hearing them as they flew high in a bright sky.

A last minute decision found me heading for Titchwell Reserve this morning, arriving 10am at Holkham, but little about as estate workers were in the fields. A quick check along the track to Burnham Overy dunes gave up usual finch and tit fare but little else, so off to Titchwell.
Bright light yet chilly made photography non too easy and by 2pm it had clouded over and the light was poor.
Year listers for the day were Pintail, 3 on the Fresh Marsh and a pair of eider, firstly hauled up on the beach and then feeding in the surf. Good numbers of birds, especially on the beach.
A few early photos in what was a very blue light for most of the morning and early afternoon.

I then wandered from the Island Hide to the beach, checking the fresh marsh and tidal marsh. Not too much on the latter.

Back to the Reserve and some views from the Parrinder Hide.

Finally I popped along to Thornham Harbour. Heard twite overhead but too bright to locate them. Groups of finches were checked but just gave up goldfinch, lesser redpoll along with a pair of reed buntings.

Posted by Jono Forgham at 22:37 No comments:

This splendid reserve is some 3 hours drive north west from Galle. Charlene, on her last day after a month's volunteering at the MindGarden Centre and I were picked up by Pasindu and friend who were to drive us there.
After stopping for snacks and tea we arrived in time to watch the baby orphaned elephants feeding time. Shortly after, the 4 of us boarded a safari jeep and were off for a three hour drive around the magnificent reserve. The main target were the elephants that inhabit this large area whilst I was, not surprisingly, keen to observe and photograph some of the bird species present. I was not disappointed, seeing 2 new species for me in Sri Lanka and managing to get some pleasing shots into the bargain. However, the highlight was surely Charlene's excitement at seeing wild elephants close up as they wandered in front of the jeep or just stood by the side of the track. Excellent trip and well worth the 6 hours in the car. If I was to do this trip again, may book into one of the local hotels and stay the night, but is is feasible to visit in one day from Galle.
These photos are in no order, just ones that seem to have come out quite pleasingly. These first 4 are of the orphaned elephants being given milk and then feeding. 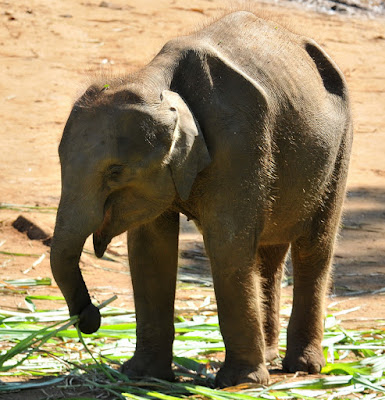 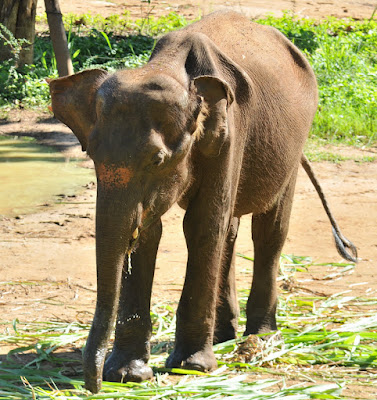 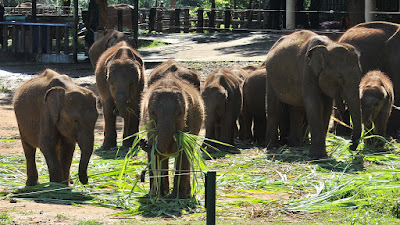 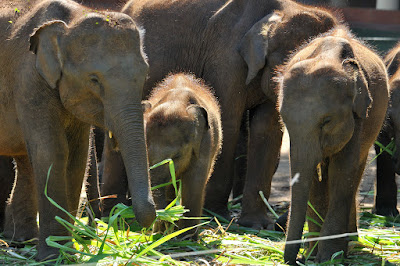 En route to the Reserve the jeep drives over a dam that has created a man made lake around which were several bird species including cattle and little egrets and red wattled lapwings, all common species for Sri Lanka.
Upon arrival into the reserve, I asked the driver to stop for bird photos. This he did, frequently pointing out birds that we would not of otherwise seen. A few species here that we saw upon arrival on the sandy tracks.


Let's get the elephants out of the way! 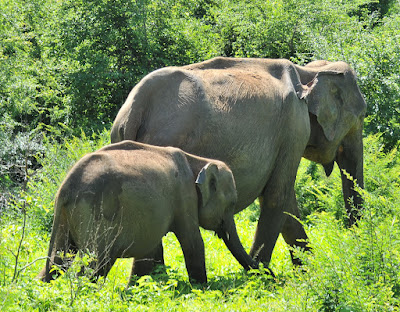 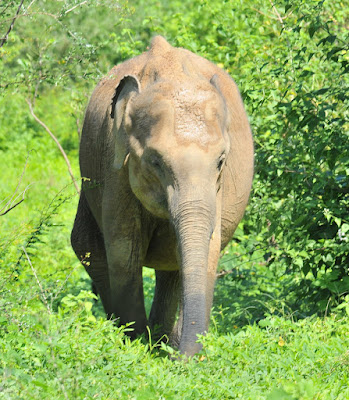 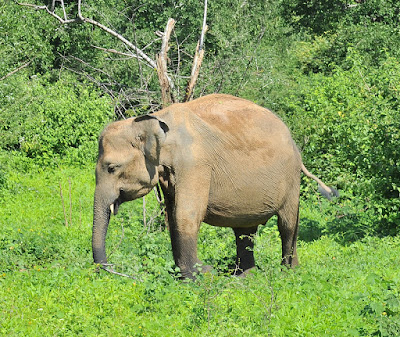 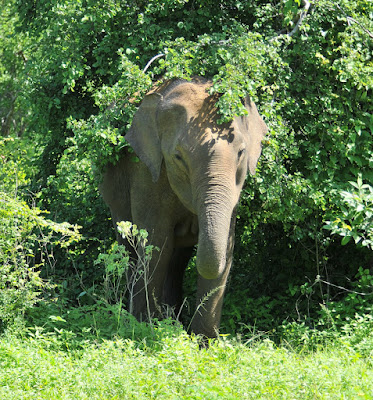 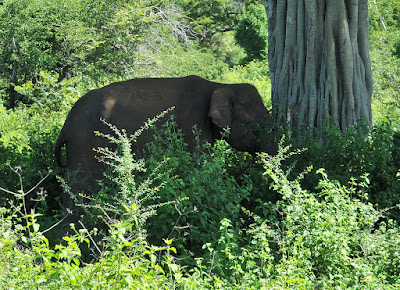 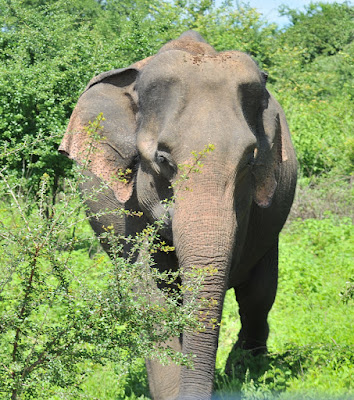 Back to some bird species.

Time for a few mammals and other bits and bobs:


Penultimately, a shot of the typical terrain 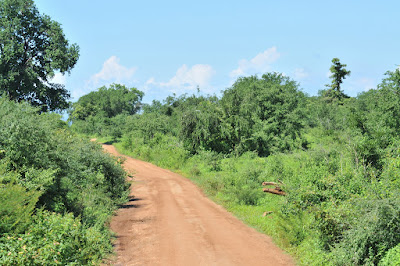 To finish, my 2 favourite shots from this superb trip.

Posted by Jono Forgham at 17:29 No comments: