A wander around Hadham Hall was fairly uneventful. Couple of little grebe on the irrigation lake along with 11 mallards and a tufted duck. Overhead, a cormorant, 4 skylark, 15 mixed gulls, reed bunting, linnet and pied wagtail.
Several goldcrest in the pines at the Hall were elusive and identified on call only.

Posted by Jono Forgham at 11:23 No comments:

Another quiet night at the trap, with a light coloured lunar underwing, several common wainscot, beautiful hooktip and another (or same) mallow. Micro wise, just an Acleris aspersana.
However, a deep brown dart was found at the bottom of the trap, a new moth for me and the garden. This constituted the 289th macro record for the garden and the 195th recorded this year. Not a common moth for Herts. but found all over the county.

At last, a warm night

Typical; after a week of cold, clear nights, the one night where there is good cloud cover and temperatures in excess of 12C and I have an early start for work!
Spent time at the trap until 11.30pm and then a quick check at 6a.m. was worth the effort, with several more noteworthy specimens turning up. A mallow was first for the year, 193rd macro for 2014 whilst an Acleris rhombana was new for the garden, if not the parish.
Also; copper underwing, beautiful hooktip, garden carpet and common marbled carpet were good along with the regulars, such as Acleris variegana, lunar underwing and large yellow underwing.

Few moths and a few birds

A walk home from Tescos in town was rather uneventful birdwise. A few great spotted woodpeckers, a common buzzard and several yellow hammers were all I had come across before scanning a field near Bury Green. Here 15+ chaffinches, 2 dunnock and 3 yellowhammers were feeding on a recently cultivated field. Over the stream here a tree held good numbers of the same species, plus a solitary chiffchaff. However, at the small pond, overgrown with goat willow, the bird activity was much greater. A party of 8 strong long tailed tits were heard calling and moving down towards Lower Farm but, more interestingly, at least 15 chiffchaff were feeding constantly. Most were too quick for the camera, a  distant shot here.

As I continued along Acremore Street a party of 25+ swallows and house martins were noted feeding over a hay field and several lesser black backed gulls were loafing around on the polo fields. A bulfinch called but remained unseen.

The moth trap has been very quiet of late with clear starry skies bringing low overnight temperatures. The only new moth for the garden since Sunday has been an Acleris sparasana, a rather dull grey micro.
Apart from that, a rosy rustic, willow beauty and spectacle have been more noteworthy than the regular setaceous hebrew characters, lunar underwings, common marbled carpet and brown spot pinions.
However, tonight looks slightly more promising as the temperature is still 14C at 9pm. So far, a common marbled carpet, lunar underwing and setaceous hebrew character!!

Posted by Jono Forgham at 21:00 No comments:

Picking Gary up at noon and then driving to Portland on Friday meant we were birding around the Bill by 5.30pm, ticking off regular birds for this area such as shag, raven, rock pipit, wheatear and peregrine before returning to Weymouth to our b and b, an Indian and several beers.
Saturday morning and a full day beckoned. A stop off at Ferrybridge but little to be recorded due to a high tide and fog, so off to the bird observatory. Here, not much had arrived so after a wander we headed off to the Admiralty Quarry, but no hooded crow. A new place for both of us and an area that has potential. From here we popped into Radipole where we scored with kingfisher, bearded reedling, snipe, grey heron etc before a return to The Bill. En route we heard that a black guillemot was in Weymouth harbour and, following directions from Sean (many thanks, Sean) we found it as Sean arrived and pinpointed it some way out. A lifer for Gary.We then headed back to The Bill and a wander up to the privet hedge. Here, a most confiding wryneck was a year lister for both of us and one that we took plenty of photos of as it was showing so well. Not to be outdone, the local confiding kestrel proved to be even more tolerant of us than the wryneck, so some splendid photos. 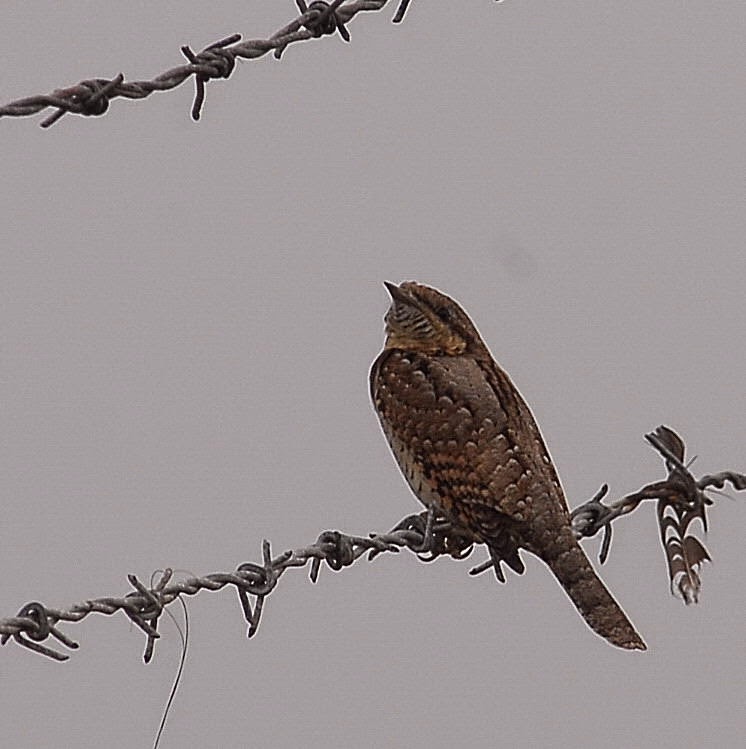 Another wander around The Bill added common buzzard, whinchat and stonechat before the light faded and we returned to Weymouth for another Indian and a few more beers at The Royal Oak and Edinburgh (The House of Sounds!)
This morning dawned bright and slightly more windy. Chance of a fall of birds, so we were at the Obelisk at 6.50a.m. but no passage. A willow warbler and good numbers of wheatear around here before we returned to the bird obs. It was apparent that there had been a reasonable fall of chiffchaff, with maybe 20 in the bird obs back garden and another 30 in the front, where also, a yellow browed warbler was recorded. The Obs quarry was full of regular birds, including the resident little owl as well as blackcap, whitethroat, robin, spotted flycatcher, linnet and numerous chiffchaff. A sea watch from the Obs patio gave views of several gannet and a great skua.
A quick walk up to Culverwell was most worthwhile because as we arrived, Joe appeared with a tree pipit to ring. Another lifer for Gary and he'll never get better views of one.
Huge numbers of linnets and more of the same here and back at The Obs garden. Time was pressing so after a final check around the West cliffs, stonechat, numerous wheatear, common buzzard and more kestrels and a flyover peregrine, we completed our stay with a flying visit to Ferrybridge. turnstones, ringed plover, med gull, dunlin, black tailed godwit all made the list, finishing with a pleasing 72 species.
Many thanks to warden Martin and assistant Joe for their help and willingness to show birds in the hand as they went about their job of ringing. Suspect the day total of chiffchaff was quite high! 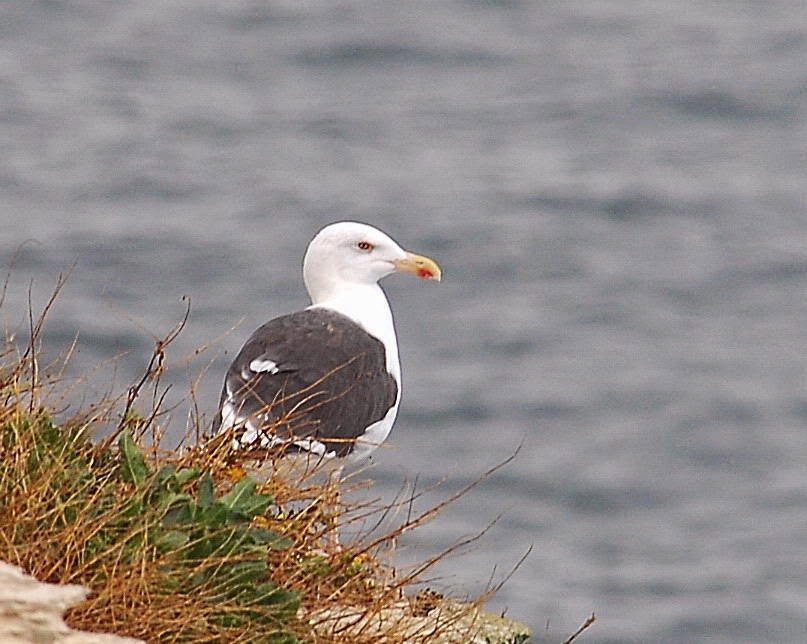 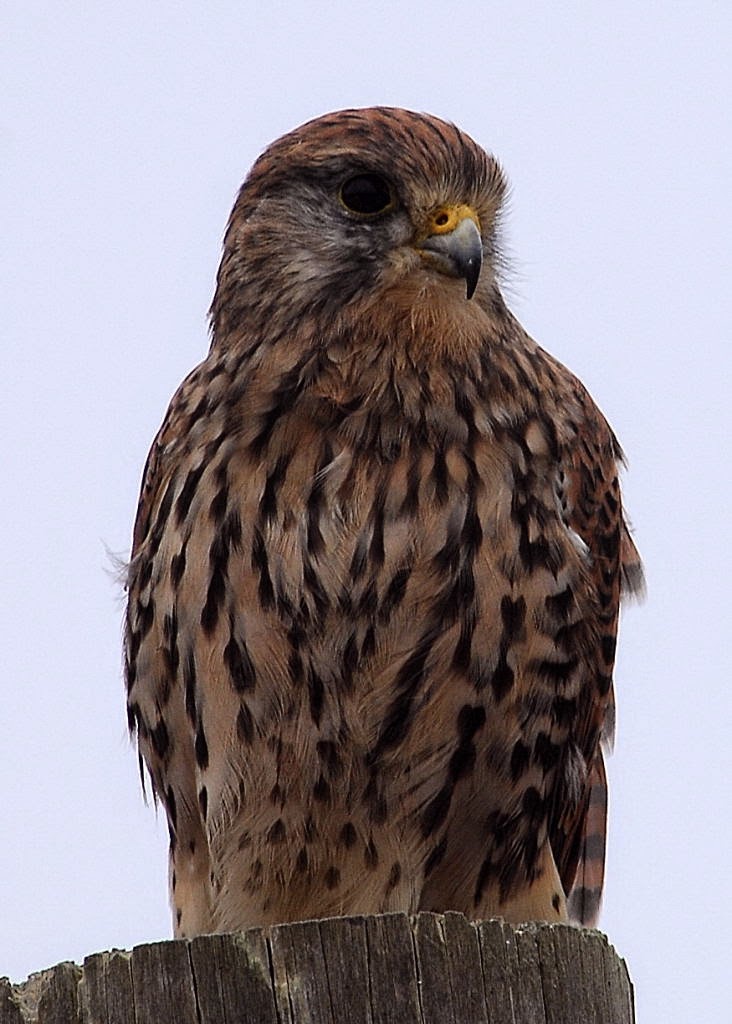 Posted by Jono Forgham at 19:18 No comments:

At Last, a few new moths

After 10 days of dismal returns at the moth trap, things picked up Wednesday night and continued to improve last night.
In all: 4 new for year moths, 2 macros:  brown spot pinion and brindled green, both common and expected. Micros had 2 new for the year list: Ypsolopha sequella and Hypsopygia glaucinalis, again, both expected.
More unexpected was a small emerald that in Hertfordshire, rarely shows a 2nd generation apart from after hot summers.Carpet sp were reasonably represented with wood carpet, common marbled carpet and scorched carpet. In all, over the last 2 nights, 32 moths of 19 species, so mustn't grumble.

Posted by Jono Forgham at 11:00 No comments: