Last Tuesday (13th July) Wendy and I set off for a couple of nights staying at the Kings Arms, Blakeney, returning Thursday afternoon. A relatively early night as the following morning I was booked to pick up American birder Moez from his accommodation in Sheringham, so I was heading back up the M11 at 5.30am ready for a meet at 7.30.

I arrived a few minutes late courtesy of some farm traffic  and we set off for Sheringham Esplanade for a sea watch: gulls, terns and gannets got on to the day list before we headed towards Kelling Heath, hopefully for Dartford warbler. This, after a good search was neither seen nor heard but several warblers made the list as I pointed out several tree and plant species. Once back at the car park, time for a good wander down to Kelling Water Meadow and Kelling Quags where more warbler species were noted along with several finch species. A quick check on the sea before returning to Kelling Tea Rooms where the car was.

We popped into Weybourne beach car park and down Salthouse Beach Road but nothing of note so we moved along, stopping for coffee at Cley NWT Visitors' Centre and then another sea watch from Cley beach. Nothing to add and a check on the Eye field  gave up one sedge warbler so time for a longer walk.

Parked at Stiffkey campsite car park and headed east to Stiffkey Fen. This was a lovely walk with linnets everywhere. Spoonbills and Shelduck flew east whilst at Stiffkey Fen Black tailed godwits, gulls and wildfowl. I hadn't carried my scope due to the increasing heat, meaning Moez (from the Arizona desert) was taking off layers of clothing as he had felt the cold earlier when it was only 18C.

Time for a change of habitat so parking in an incredibly busy Lady Anne's Drive we walked to the lake in Holkham Woods. Goldcrests and coal tits along with a good array of the more common butterflies and a few dragonflies.

From here, a drive into Holkham Hall estate to view the deer herd before popping on to the car park at Brancaster Staithe for oystercatchers and then up to Choseley Barns, which are now not a patch on what they used to be so off for another wander at Holme NWT. As we drove over the narrow bridge before the car park 2 turtle doves upon wires. A 2nd record for Moez and the first of the year for me, indeed, first since 2019. Once parked we wandered towards the Visitors' Centre before dropping down on to the track and working our way back to the car park by the golf course. Stonechats everywhere.

Our final stop was Blakeney Esker where many years ago I recorded 3 nightingale. It was now gone 7pm but no nightingales. A splendid yellowhammer, a pair of bullfinches and several Purple hairstreak butterflies. A good conclusion to a super day.

Dropped Moez back in Sheringham, turned around, headed home, stopping for a meal on the way and, due to endless A14 and A11 roadworks meaning reduced speed, I eventually got home at 11.10pm. Covered over 300 miles in the car and walked 14 miles in total.

A brilliant day out. Glass of red wine and bed for a good night's sleep.

A selection of photos below with, unfortunately, heat haze being an issue and meaning birds that were a little more distant were not photographable. One or two pleasing ones in what became quite harsh light in the afternoon.

Moez had spent the previous day at both Cley NWT Reserve and then Titchwell RSPB Reserve, hence the reason we headed elsewhere. His combined list for the 2 days should make for a good list for North Norfolk in mid July. 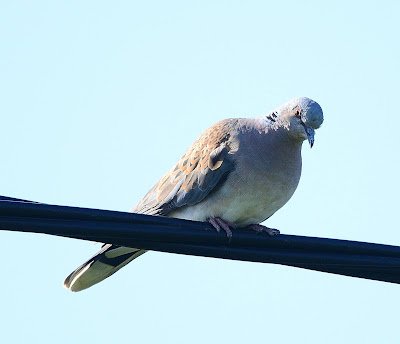 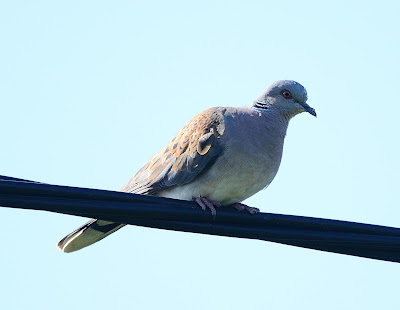 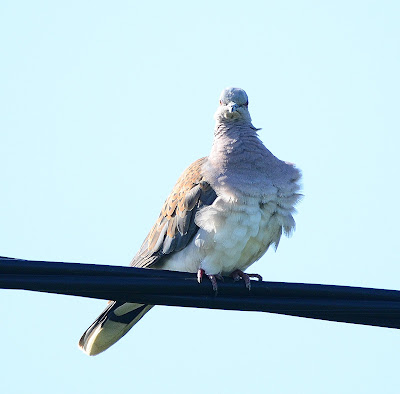 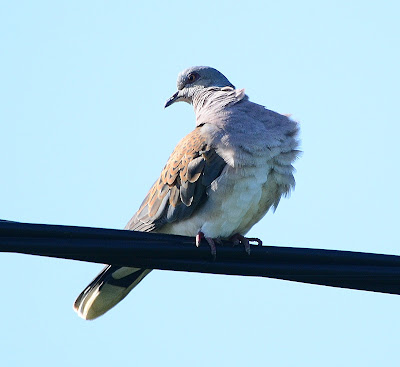 Posted by Jono Forgham at 11:07 No comments:

The first 6 months of 2021 will go down as one of the poorest mothing years in living memory. 22 nights of frost in April and a very wet May, interspersed with a few hot and dry days really meant several common and expected moth species were not seen. It is possible they didn't emerge due to the low temperatures and it will now be a wait and see game. Will they remain in pupation until next year or just perish? If the latter is the case then certain moths will be hard to come by for a few years to come. Wonder if those that are bivoltine will emerge at the correct time as 2nd generation? Not sure we will ever prove that apart from where 1st and 2nd generations differ in colouration or size.

Moths such as Purple thorn and Early thorn, regular visitors to the 125 MV Skinner trap were not seen at all, whilst others were counted in very small numbers. No moths were trapped at all between 28.iv.21 and 02.v.21 whilst my latest ever date for an empty trap occured on 25.v.21, a particularly cold night for the end of May

By mid June things began to pick up with several warmer, overcast nights, with the 28.vi.21 being the best night for species, where 43 different species were recorded. The night that offered the most moths was 16.vi.21 where 91 moths were taken, made up of 40 species. This was a very wet night, where my MV bulb blew but still functioned. Presumably a brighter light without the shaded glass surround. According to Jon Clifton, it was also likely to be emitting more UV light, hence the good haul for that night.

A few new records for Little Hadham were made during this period, as follows:

By the last day of June, the totals were 133 species of macro moth and 65 micro species. Overall, 1515 moths were trapped.

The most numerous moths were:

The most common micro was Celypha striana with a count of 22 specimens. Appears to be having a good year.

Not too many suprises in emergence times apart from a brief spell between 14.vi.21 and 18. vi.21 where 7 Common rustic aggs were taken. Not unheard of but a tad early. None since the final date.

By 30.vi.21 the overall records for Little Hadham parish, including the garden at TL435218 stand at 378 macro species and 416 micro species, giving a total of 794 species since I began recording in June 2011, exactly 10 years ago. There are still many gaps and hopefully, it will be possible to pass 800 species by the end of this year.

Moths with particulary low numbers this period, ones that I normally expect to make 3 figures were Hebrew character (32) and Common quaker (38) whilst others are typically seen on more than 30 occasions were Double striped pug (4,) Nut tree tussock (1,) Green carpet (19) and Oak tree pug (1.)

Hopefully, July through to mid September should see a better haul and possibly a few more new records for my parish list.

Posted by Jono Forgham at 10:24 No comments:

Set off to North Norfolk after several changes of mind. Yesterday afternoon I had decided on Norfolk, then checked the weather and changed to a Dungeness trip and then at 6 this morning weather forecast had changed and showed Norfolk to be reasonable, if grey.

I decided to go straight to Cley beach for a sea watch as there was a decent breeze. Glad I did: Gannet, Herring gull, Black headed gull, Little Gull, Common gull, Teal, Tufted duck, Whimbrel, Curlew, Bar tailed godwit, Arctic skua, Sandwich tern, Common tern, Little tern, Cormorant, Fulmar and Common scoter were all noted. Many far out and with the infuriatingly poor light, photos were virtually impossible. It began to drizzle, the type that gets everything wet very quickly so I thought I would head West.

Checked a few places en route before arriving at Titchwell. Temps much improved but not so the light. Walked to the beach and back with Whimbrel, Spotted redshank and first ruff of the summer noted. Huge numbers of avocet on the Freshmarsh.

Headed back to the car and thought I would pop in on the Roller as it was only a few miles from 5 Wentways roundabout that is my usual route. It was very distant and then made itself even more distant by dropping down on to a fence post some 600 metres away.

All photos through 600mm lens at full extension and invariable large crops. Silly ISO numbers to try and keep the shutter speed up for birds out to sea.