Northern wander around the parish

As usual, I set off this morning from the town, taking the footpaths to the north of the parish to check the irrigation lagoon for migrants. Only new bird I registered was a singing blackcap, first of the year and the earliest record I have for the village. Unfortunately, it remained hidden in bramble bushes, so no photograph.
Other birds of note: 9+ chiffchaffs calling, common buzzard, goldcrest in the churchyard yews, skylarks a plenty and a passage of 6 lesser black backed gulls


5 peacock and 7 small tortoiseshell butterflies were noted and 2 canada geese headed east overhead. These are probably the pair that have been seen at the Hadham Hall lake. I thought they may have been checking it out as a potential breeding site, but I suspect it is far too open and no island on which to nest build. Be interesting to see if they return. Just to confirm their lack of interest, when I arrived there was a grey heron patrolling one of the banks.
Posted by Jono Forgham at 13:24 No comments:

First new moth for the garden

A real surprise on checking the trap last night at 11pm. On the fence adjacent to the light trap were oak beauty, early thorn, shoulder stripe and a stunning pine beauty. Latter being a new garden record, making it 280 species in the garden since June 2011.

Other moths taken in the trap at 6 this morning were: 9 common quaker, 2 small quaker, 4 hebrew character, early grey, 20 plume moth and common plume. 22 moths of 10 species is by far the best total so far this year. I suspect that the combination of good overnight temperatures and the changed clocks meaning I get to the trap in the dark are the reasons for this increase. However, 2 robins were knocking about at the trap and suspect they had taken all the moths on the fence and the sheet.

Posted by Jono Forgham at 07:04 No comments:

Evenings still cold, but slowly becoming warmer overnight following warm days. 17C today and a peacock and brimstone butterflies in the garden.
However, the surprise was finding a buttoned snout on a garden fence panel. Presumably, just out of hibernation. Also, new for the year, an Early thorn and a mint shoulder stripe.

A 5a.m. start for a day's birding in North Norfolk. A very foggy morning meant a slower than usual drive up the M11. However, I was at Thornham Point before 7.30 and plenty of regular birds around. Pied wagtails, oystercatchers, curlew, redshank and brent geese were in good numbers.

I then headed to nearby Titchwell and a walk to the beach. A hawthorn shield bug and shoulder stripe moth were noted as I scanned the pools but the mist was still about so not great viewing. Likewise, distant sea watching was not possible but this didn't stop me noting in excess of 4000 common scoter half way to the horizon. On the tideline were 4 grey plovers, black tailed godwits and turnstones along with herring, common and black headed gulls.

Off to check the Freshmarsh from the Parrinder hide. 50+ golden plovers flew past whilst more waders and wildfowl were noted, but on the whole very quiet. 4 marsh harriers were up but not too much else. I searched for the red crested pochards reported from earlier in the week, but no sign so after a quick wander around the fen trail, which was partially closed, off to Holkham. Before I did, 3 chiffchaff were heard from the car park.

A quick detour up to Choseley proved worthwhile as I came across both species of partridge, linnets, yellowhammers, finches and a single male wheatear. Latter being my first of the year.


Nothing at Holkham from Lady Anne's Drive, so I popped down to Stiffkey Saltmarsh, but just more finches, little egrets, shelduck, curlew and gulls so on to Cley for a lunch and coffee. Here, I rejoined Norfolk Wildlife Trust before a rapid check of Arnold's Marsh, Salthouse beach, Kelling Heath and finally Cley beach.
At Arnold's there were good numbers of redshank and avocet. One avocet had colour coded rings on both legs. I have sent off the relevant information to the organisers of this scheme, based in France. At Salthouse the group of confiding turnstones were still about but no Richard's pipit or snow bunting.  Several gannet, great black backed gull and cormorant made the day list from Cley beach, before I left to finish the day at Lynford Arboretum near Mundford.


I arrived Lynford in fading light, but several crests were calling as soon as I got out of the car. A few birders were still about and it became apparent that 7 hawfinches had being showing well by the feeders but had no gone to roost. After a while I got onto at least 2 firecrests in the carpark trees as plenty of common crossbills flew over. A nuthatch made the list, but it was too dark for any firecrest photos. All I got were poor silhouettes.
A 74 species day was pleasing and I plan to return over the Easter weekend where I hope there will be plenty of summer migrants about.
Finally, my birding partner, Gary, has just returned from a whistle stop trip to The Gambia. His report, containing huge number of great photos can be viewed at hereWell worth a gander.
Posted by Jono Forgham at 08:40 No comments:

I received a text from Neale, another birder who lives in Little Hadham, saying he had come across a lesser spotted woodpecker near Bishop's Stortford, so I headed to town to try my luck. A couple of birders were already present but hadn't found it. A nuthatch called but nothing else. After about 15 minutes of searching, movement and some drumming, as expected, twice as long as GSW and much quieter. Another few minutes elapsed before the bird showed, in amongst branches and  not in a good photo position.
However, it moved closer and was watched excavating a hole in a position that permitted some, if still distant, but better views and photo opportunities. A male with the red crown. A few calls and it remained at the tree hole for 15 minutes before eventually flying to further trees a few 100 yards away and out of sight. Unfortunately, as it posed, the sun was covered by cloud, so I plan to return on a brighter day for some more snaps. 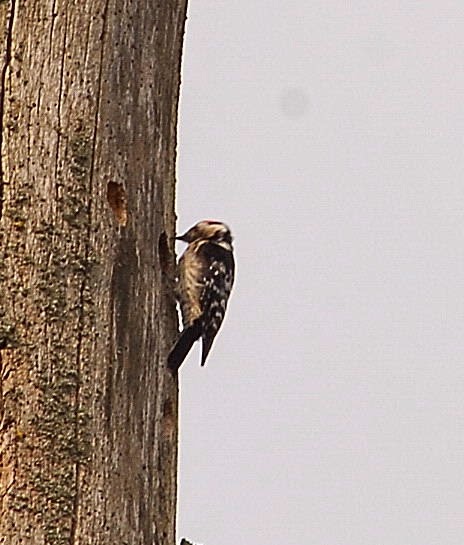 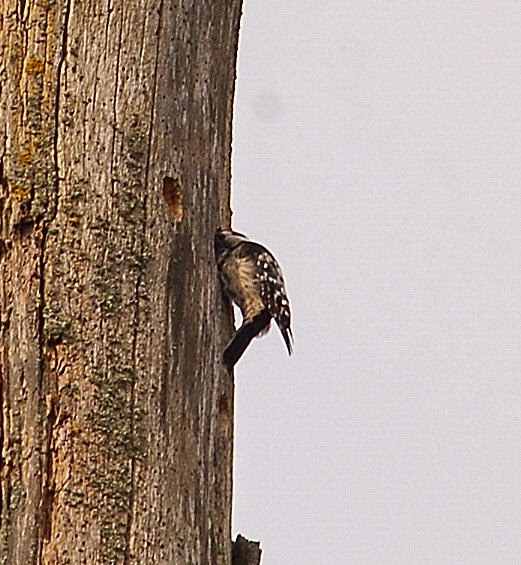 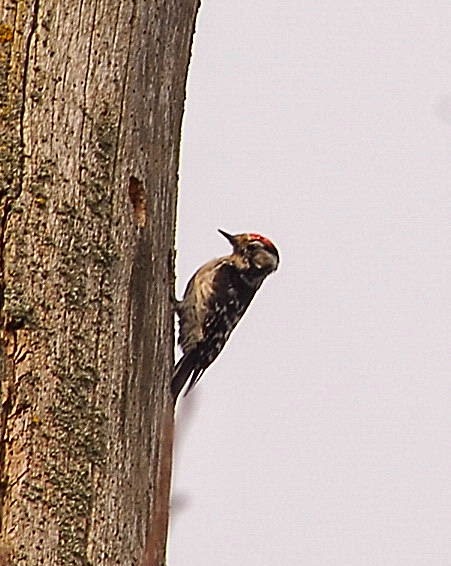 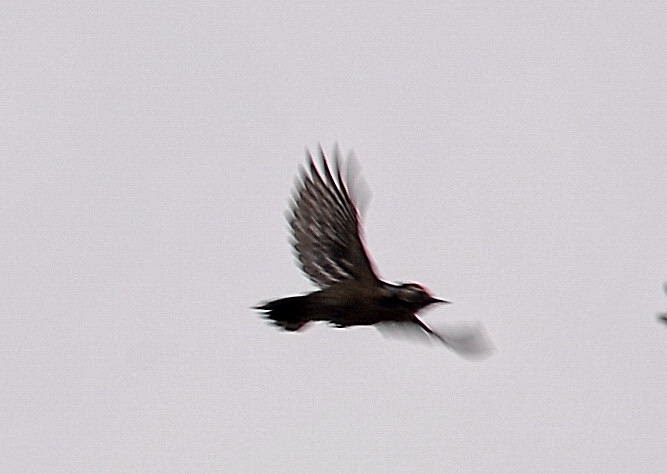 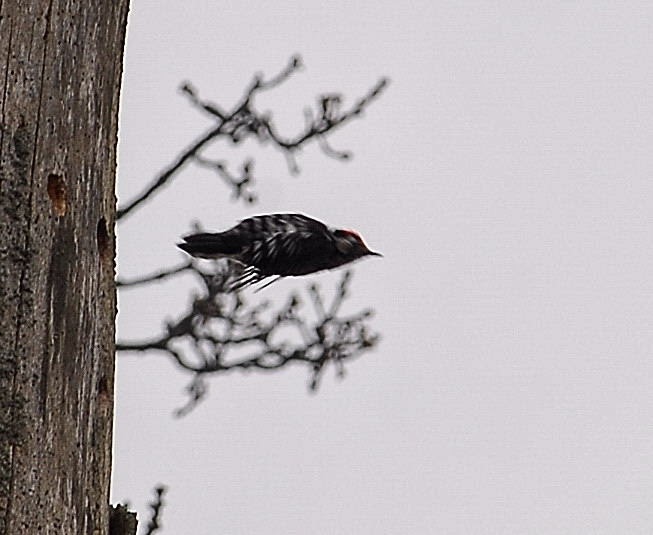 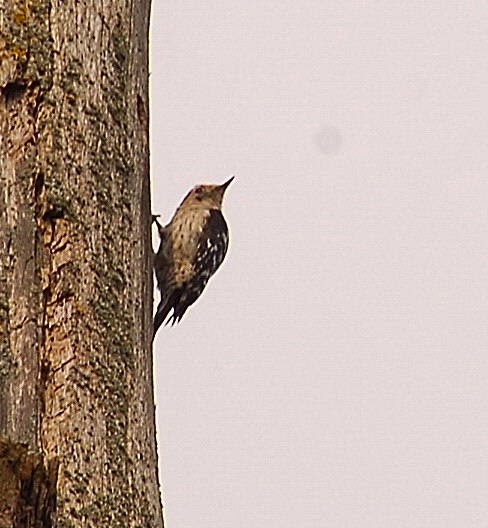 Posted by Jono Forgham at 13:05 No comments:

Another morning walk around the East of the parish. Good numbers of yellowhammers, with 3 singing males as well as 5 chiffchaffs, 2 common buzzards. 4 herring gulls overhead at height and several green woodpeckers. My walk was shortened when I received a text telling me a lesser spotted woodpecker had been seen in the town, so I headed off to see if I could find it.

Out this morning trying to find migrants. At this time of the year, I always get ahead of myself and expect summer visitors to arrive a fortnight before they always do. However, wheatears have been reported in Herts, so worth the search. Only 5 chiffchaffs recorded today, along with the regular residents.
A party of 100+ linnets and 15+ yellowhammers noted on a recently harrowed field near the town was a good start. Jays, magpies and other corvids called, as did 2 common buzzards near Muggins Wood.
It appears that the redwing and fieldfare, which have been in low numbers this winter, have now departed.

Posted by Jono Forgham at 11:06 No comments: