Quality rather than quantity in North Norfolk

A chance for my first Norfolk trip of the year. I had nothing else on and the forecast looked favourable, so setting off fairly early meant I was in Wells for a coffee before 10 and then on to Lady Anne's Drive at Holkham. Here the usual fare on the Freshmarsh, wigeon, redshank, brent geese, few pink footed and plenty of greylag. A search through all of this didn't give up any white fronted. Overhead, 2 geese were noted flying towards Holkham Hall, I looked up and was surprised to note they were barnacles, not an everyday goose in Norfolk.


I then wandered on to the beach, noting a flock of goldfinch in the dunes as I headed east towards Holkham Gap. Here, a party of 9 shore larks were fairly confiding. In the same area where a group of 30+ had been a couple of years ago. I then set off for a sea watch, but rather disappointing with just a few red throated divers flying towards The Wash along with numerous gulls and cormorants.


I then headed back to the car. Skylarks and meadow pipits called. A brief check in the pines failed to give up anything unusual so back to the drive where a snipe was evident, if distant and a stonechat popped up near the building site that will soon be a new cafe, apparently.

I then drove to Cley and Salthouse. not too much on show at Cley due to high water levels everywhere, so a check on Gramborough Hill from Beach Road, Salthouse. The usual turnstones were feeding on the shingle whilst around the back of Gramborough Hill, 80+ snow buntings. A good sight, indeed.


Time was still on my side, so off to Sheringham for a quick sea watch. Not too much from the Promenade but a confiding black redstart was great to see, dropping down on to some waste ground by the flats on the left as you wander towards the prom. It seemed to favour a small clump of vegetation in the corner of this area.


I then headed back west, stopping off for a quick check from Cley beach and a rapid scan over the Eye Field, but just more of the same so on to Titchwell. En route, I popped onto the mud at Burnham Overy Staithe, near the sailing club and was pleased to note all the teal and oystercatchers go up as one just as a female merlin sped over. Another good bird for the day. I like to be at Titchwell mid afternoon as the light is best, but today, having enjoyed cloudless skies all morning, it was becoming increasingly grey. After a brief stop for sustenance I headed off on to the reserve. Again, water levels were as high as I have seen them, so just wildfowl on the Freshmarsh. Therefore, it was possible the waders would be on the saltmarsh and, indeed they were: redshank, black tailed godwits, dunlin, grey plover, avocet along with shelduck and a solitary ruff. Little grebe, teal, mallards and a few wigeon were also on the water.


I then spent some time on the beach, scoping the sea. Good birds, all too far out for any photos but a raft of common scoter moved west on the incoming tide and in with these, 2 goldeneye. A little further west, 3 great crested grebes and 2 red breasted mergansers. On the tide line: grey plover, sanderling, oystercatchers, bar tailed and black tailed godwit. A great day out, managing to be back home before 7.30pm. A good way to get my 2018 bird list up and running.
Species from the day:


A pleasing first list of the year: not everyday in Norfolk you'll get barnacle goose, shore lark, snow bunting, black redstart and merlin on the day list!
Posted by Jono Forgham at 11:22 No comments:

First moths of the year

I ran the heath 15 watt actinic moth trap in Millennium Wood on the 11th, catching 3 Pale brindled beauties and 2 winter moth. The following night, I got my first garden species of the year, another Pale Brindled beauty. These 2 species remain the only 2 so far. With a cold week forecast it may be a little while before I am out with the portable trap again. Tonight I left it running at Pig's Green, but nothing taken. 2 of the Millennium Wood PBB's shown here. 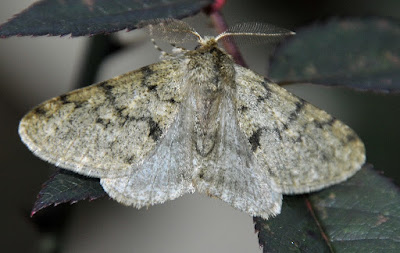 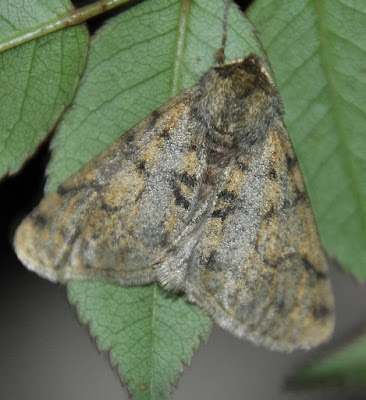 Posted by Jono Forgham at 20:20 No comments:

Set off for Sri Lanka on the overnight flight on Boxing Day, spending 2 days in Negombo followed by a week in Galle before returning to Negombo for 2 nights as it is easy for transfer to the airport. Not a birding trip, but I managed to get out on a few occasions, most memorably to a new area of Kottawa Rain Forest where I scored with the elusive and secretive white tailed shama. Other new birds for my SL list were crimson fronted barbet at Hiyare Forest and a distant osprey from the beach at Negombo.
I visited Kottawa with Anoma, naturalist in residence at the superb Jetwing Lighthouse hotel in Galle. I have spent plenty of time out and about with Anoma over the years and Wendy and I enjoyed his and his wife, Anusha's company on the Saturday night for a buffet at the hotel. We were also invited around to their house for a meal where son, Kevin, was the star of the show.


The beach at Negombo was great for a spot of sea watching, with indian cormorants, white bellied sea eagles, occasional brahminy kite and numerous terns. The latter were almost all gull billed and whiskered, as shown here.

Other birds noted around Negombo were common sandpiper on the beach whilst in the Jetwing vegetable garden, a family of tailorbirds, asian koel, shrika and plenty of rose ringed parakeets.


Whilst in Galle, Anoma and I walked the local lanes and visited Kurulubedda chalets, set in their own forest and paddy area adjacent to Mahamodara River. Here, black monkey as well as a selection of everyday birds, always good to see. I returned to this lane on another occasion to get a few more photos, such as these;


Another visit with Anoma was to the reservoir at Hiyare Forest. Here, brahminy kite, little cormorant and my first crimson fronted barbet, that refused to pose for the camera!


All in all, a superb time with birds everywhere. Restrictions on time meant no big trip out this time but still plenty noted and many pleasing species recorded.