After the large numbers of two weeks ago, moth numbers have declined considerably, partly due to many being hit by the torrential rain of last weekend and others just not yet emerged.
Of note have been the high numbers of Agriphila straminella, in excess of 20 in the trap on several occasions along with Crambus lathoniellus, Chrysoteuchia culmella, Agriphila tristella and Catoptria falsella.
A wormwood pug and white spotted pug have been taken, but the macros, too, remain uneventful at present. A spectavcle for 2 days running broke the monotony of the usuals, whilst a straw underwing and turnip moth were both new for the year.
Recent additions have taken the macro total for the year to 168, whilst the micros remain on 104 species.


Whilst processing today's haul of moths, I heard and then watched a particularly vociferous common buzzard gliding over the garden. Great views with binoculars. 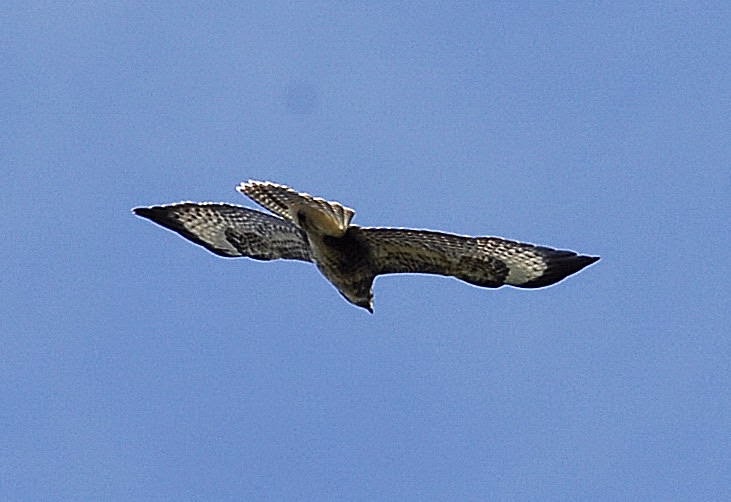 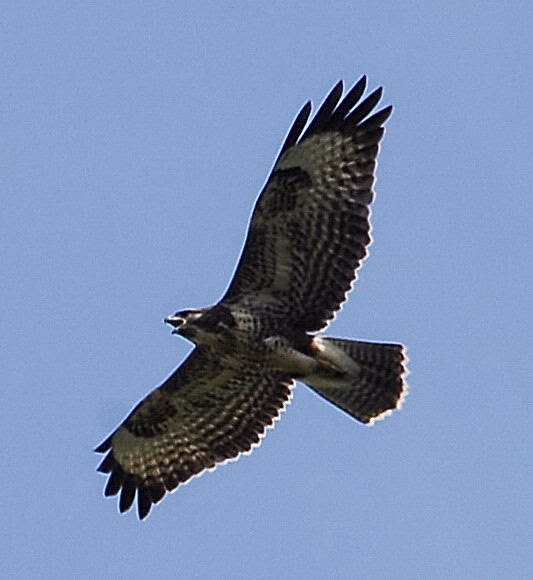