Last night 3 of us ran 2 Actinic traps in local woods, as well as having the 125 Skinner on in the garden. The latter was a wash out, primarily because it poured with rain as from first light, thereby disturbing the moths but more importantly, we had a series of powercuts earlier, so most moths would have left during the night. Consequently, only 7 moths of 6 species. However, 2 were new for year so that cheered me up, albeit only flounced rustic and vine's rustic. The rest were 2 square spot rustics, Agriphila straminella, Agriphila geniculea and double striped pug.
We set up the 2 actinics in Millennium Wood a mile or so east of my house. A wood planted with 2000 native trees for the millennium. This means most of the trees here are young and still fighting for space. There are a few established much older trees, mainly oak but also a huge ash in the middle of the wood. Recently, it has been very overgrown, to the extent that it was virtually i accessible with 6 foot nettles and thistles blocking all entrances. I spent Wednesday cutting all this back as we are planning on another moth night tomorrow where we hope a few local residents will come along. On Saturday at least one 125MV trap, 4 actinics and headtorches, nets etc.

In Millennium Wood all was rather quiet (and wet!) so not too much was discovered. We placed one trap in open ground surrounded by long grass and a selection of native trees. Mainly Lesser broad bordered yellow underwings and a variety of crambids. Plenty of tristellas and straminellas but 1 was a neat Agriphila selasella. Photo to follow. On walkabouts green carpet, angle shades, flame carpet and blood vein were netted along with Pleuropyta ruralis in reasonable numbers.
The 2nd trap was placed in a muddy, what used to be pond. Now not holding water but good sedge and bulrush. Sure enough, 2 bulrush wainscots (males) were taken, but again, not too much else of note.
Little owls called constantly and a female badger was noted as well as this southern hawker, found roosting on an oak.
An Agriphila tristella and Agriphila selasella shown here for comparison.

Photos prepared by Graeme Smith, Many thanks. GJS. 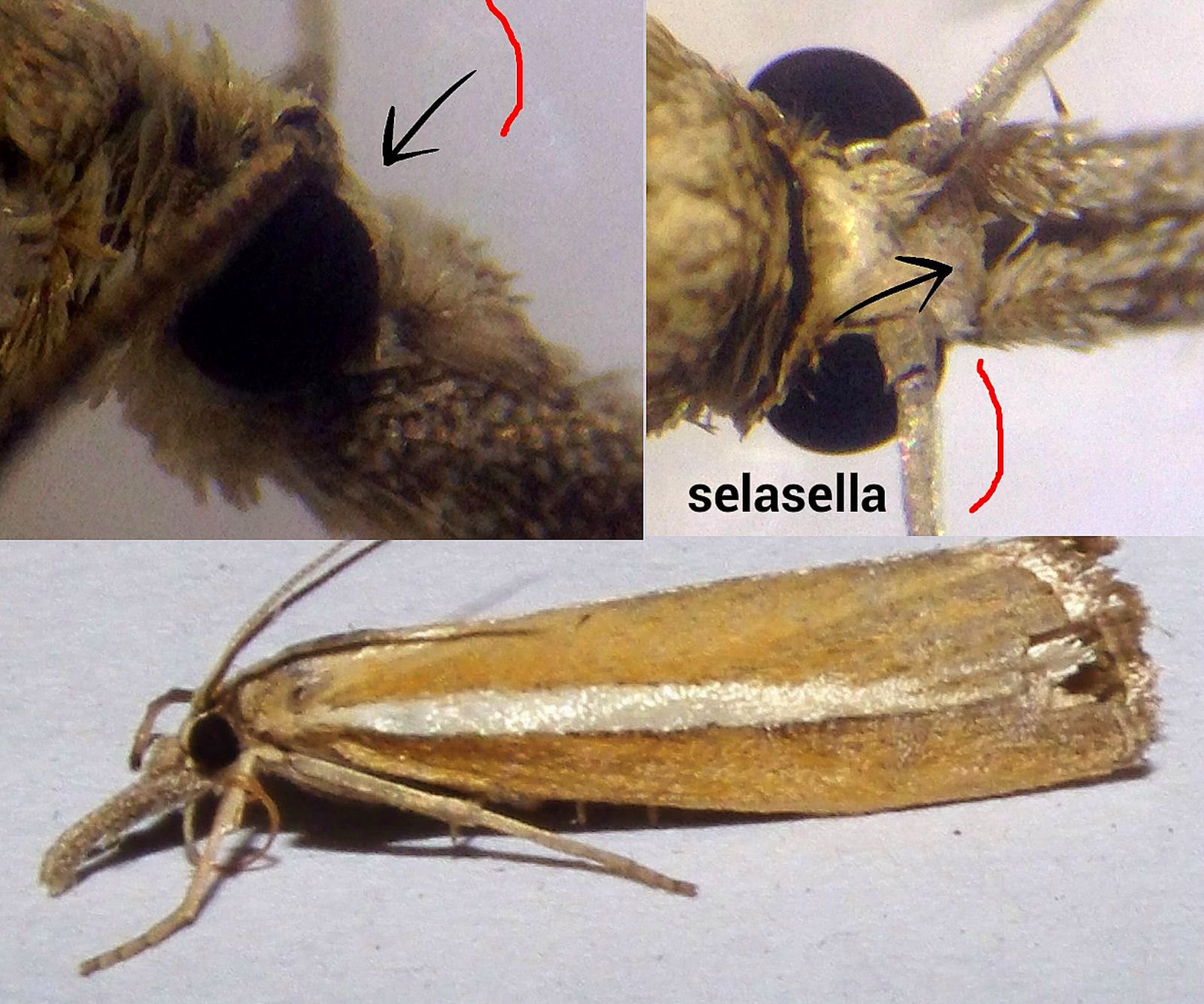 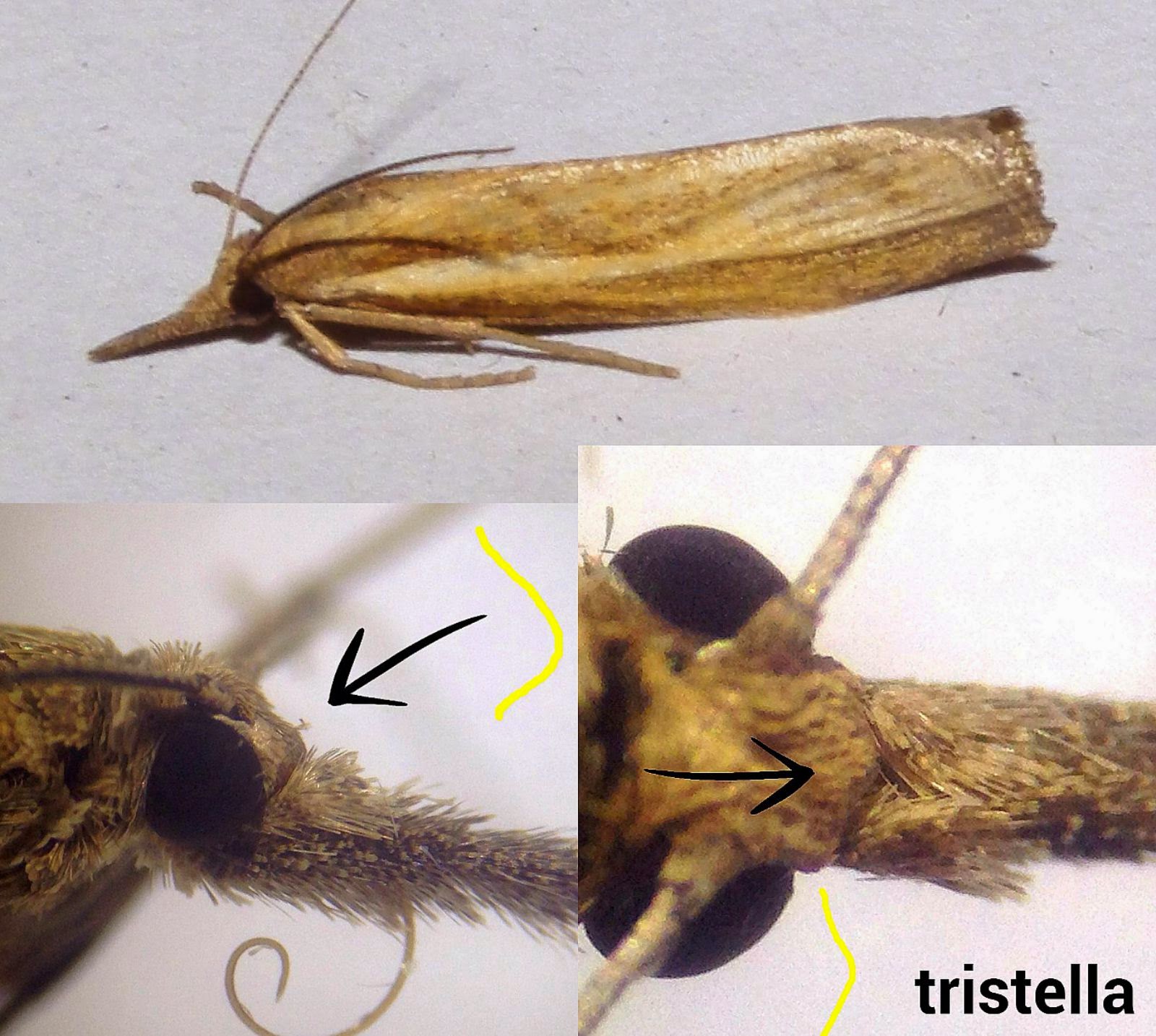