Driving home last night at 10.30p.m. I noted how cold it was and consequently, only 1 moth flew to the car headlights in the 5 miles. Also, a clear sky and full moon didn't bode well for mothing. Upon arriving home I nearly didn't even bother checking the trap, but glad I did. I noted a small micro, Acrobasis adustella on the fence but on the perspex of the trap, a Jersey Tiger. A rare but increasing moth for Hertfordshire. The Jersey Tiger takes two forms, the normal showing bright red underwings with a few black markings and the rarer form lutescens, which shows yellow/orangey underwings with black markings. To improve the situation further, this was a lutescens. A first sight of this stunning form, having trapped a normal form on 17th August 2012. Excellent stuff.
This moth is a bit of a wanderer so may have got caught up in the strong southerly air movement we had yesterday or, maybe, just moved north from a known colony in and around North London.
This morning a visit to the trap proved just how lucky I had been last night: 16 moths of 14 species in total, with a possible migrant silver y only macro of note and a coleophora species that will require dissection for identification as it has very worn wings. 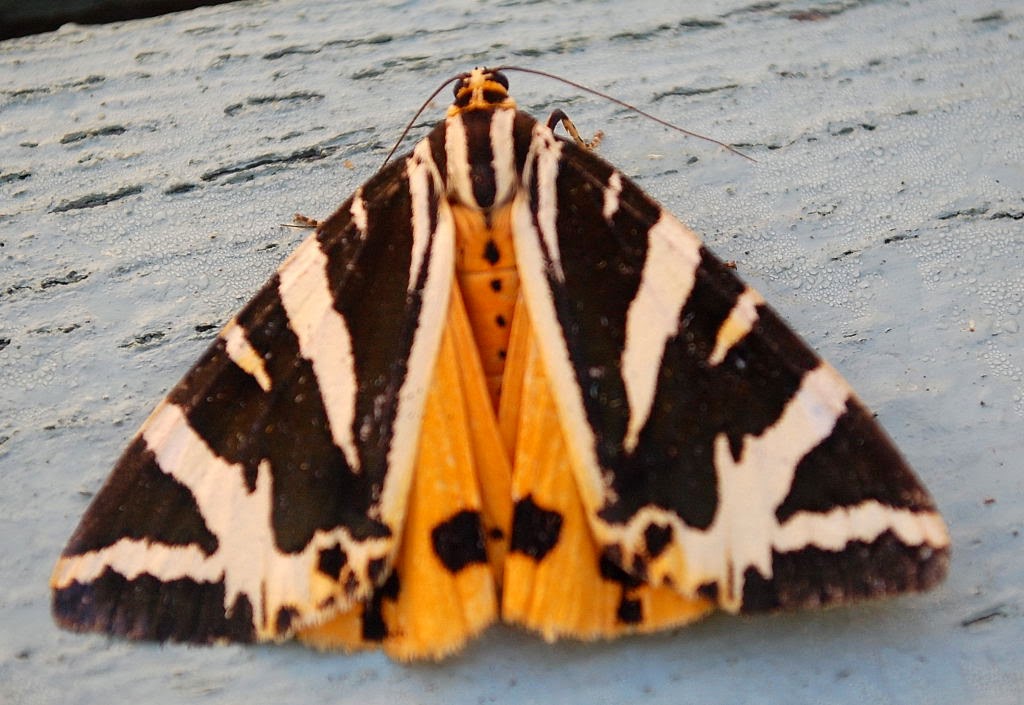