New species for the year 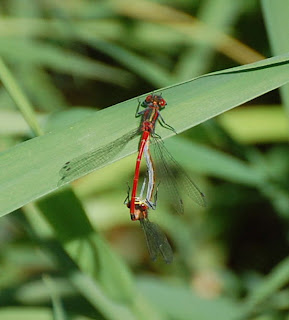 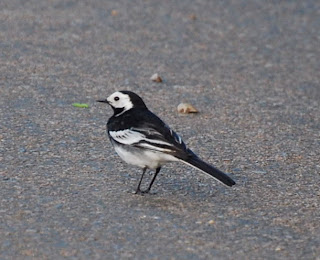 A walk in wonderful weather between 5.45 - 7.30pm gave up my 71st species for the year in the shape of several overhead house martins. A walk across the golf course and then through Alder wood gave 29 species in all, the highlight being a treecreeper in the wood. Several skylarks sang over the golf course, heard from Chapel Lane. Swallows and swifts appeared to have increased their numbers locally. New plants found were jacob's ladder ( polemonium caeruleum) and wild strawberry (fragaria vesca), should be fruiting in the near future. A single large red damselfly was seen resting on reeds in the River Ash, where also 3 orange tip butterflies were noted. Photographs addede today depict a mating large red damselfly, the red insect being the male in what is known as the "wheel position", a pied wagtail feeding on Chapel Lane, a singing whitethroat on top of conifers near Home Farm. Also there is flowering jacob's ladder, 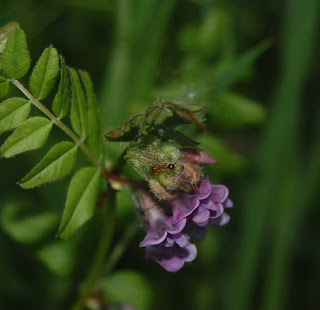 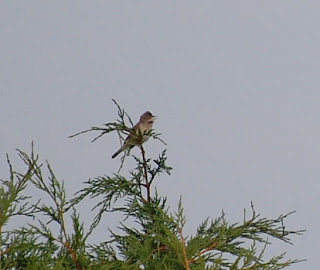 in the verge near Westland Green and finally a distant shot of a singing male yellowhammer, seen at the junction of Chapel Lane and New Lane. 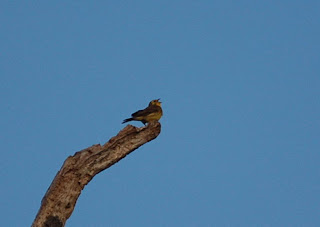