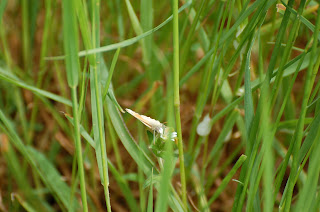 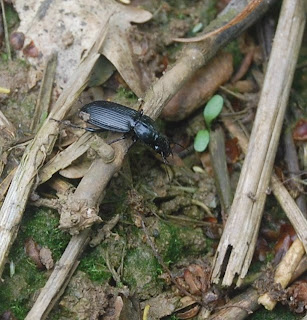 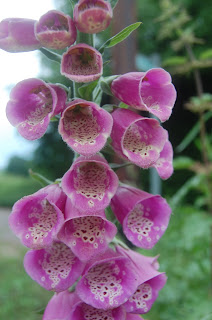 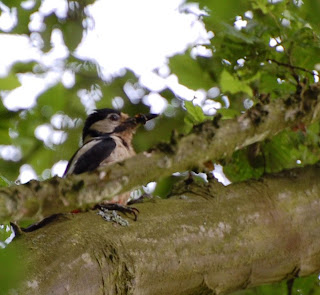 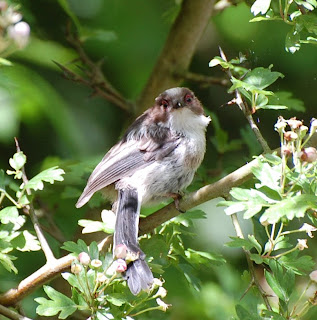 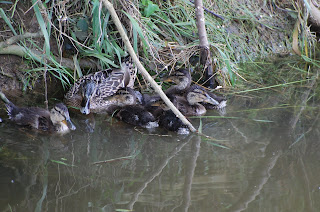 Thursday 29th May and off on an extended walk. Weather forecast good (20C) before rain expected 4.00pm. Walked between 10.30 - 2.30 and counted a record 40 species of birds, plus new butterflies, plants and bugs. Great day.

Highlight number 1 was recording corn bunting, a pair on shrubs on the golf course. Interrupted my picnic! Whilst sitting on the bench next to the 2d green a common buzzard flew by, carrying prey 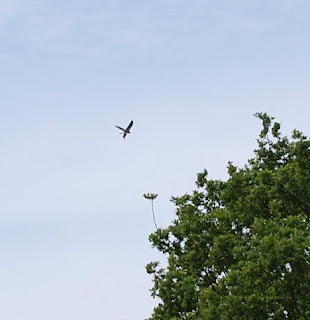 . Soon disappeared from view so only a distant, hazy shot. Highlight number 2: a small heath butterfly on grassland near 2nd hole fairway. A species that's not easy to photograph. One included here, just enough to id from. This species rarely opens its wings when resting and/or feeding. Highlight number 3: common blue butterfly went past the club house as I left following a coffee. Again, too fast to manage a snap. 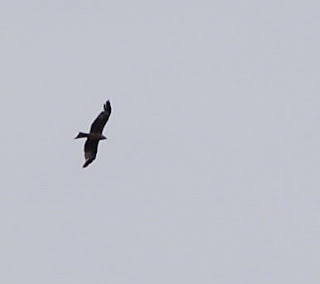 Highlight number 4: 2 red kites viewed fro the Ash Valley. Both were circling over the Ridge footpath, north east from where I was below Bush Wood. Again only distant shots but enough to show diagnostic forked tail. What a morning! 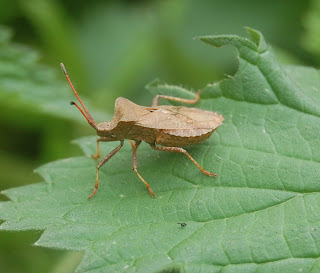 showing its superb camouflage and a ground beetle of the species (I think) pterostichus madidus. Also a male bullfinch along Chapel Lane, a family of newly fledged long tailed tits near Westland Green, feeding in holly, a treecreeper calling from the footpath south from Chapel Lane plus 1 speckled wood butterfly, 3 large whites, 9 small whites and 1 male brimstone. Disappointingly, no damsel or dragonflies. A male reed bunting showed well along the footpath parallel to the 1st hole, consorting with yellowhammers and goldfinches. Finally, a family of mallards were observed on theAsh, south of the Ford.

Oxeye daisy (leucanthemum vulgare) and red clover (trifolium pratense) both found in verges along Chapel Lane whilst foxglove (digitalis purperea) and common poppy (papaver rhoeas) were photographed on the footpath near the golf club. Amazingly, the last 2 birds I recorded to make the 40 were the humble starling and blue tit, both at Hadham Ford, where a blackcap was singing well. Even tried to be a little arty with the camera as the sunlight entering Caley Wood through the canopy was too good to miss. 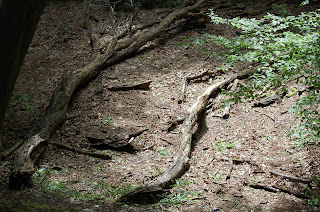