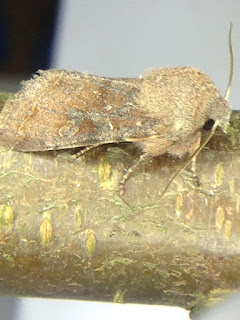 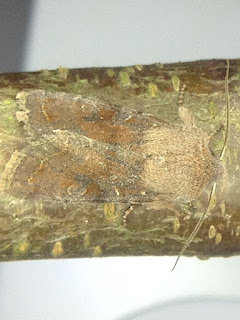 Set the trap on open grassland tonight, next to mature ash and oak as well as a selection of younger trees. Having been sunny and warm all day meant the temperature was 10C when I set the trap at 6 but lack of cloud cover meant by 9pm it was 3C and dropping. I returned to empty earlier than usual as had a good wine to drink and was too lazy to walk later. Pleasing to find clouded drab and March moth. Another potentially good summer site. Clouded drab shown above.
Posted by Jono Forgham at 21:44