new moth for the year

A new moth for 2014 was taken in the trap this morning: a micro moth Ysolopha mucronella. With a wing measuring 13mm from wing base to wing tip it is one of the larger micros and one of the easier micros to identify in the hand. This one posed on the fence for this photo, having escaped from the pot where I had stored it in the fridge. The cold didn't seem to slow it down at all! This moth can be found almost all year round (August to June) and as is a hibernator. In Hertfordshire there are very few records after the end of April. 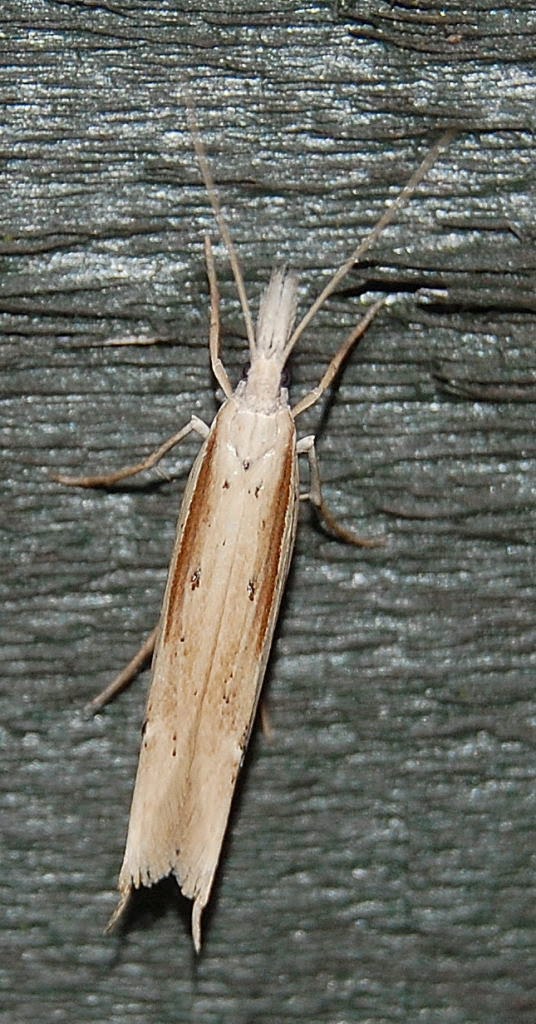