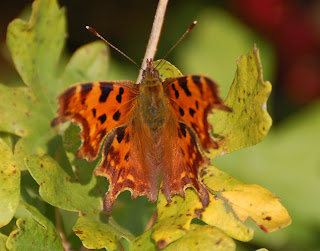 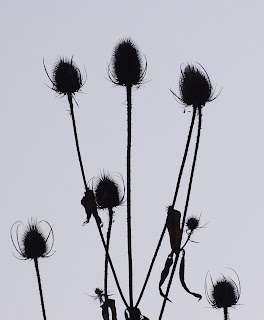 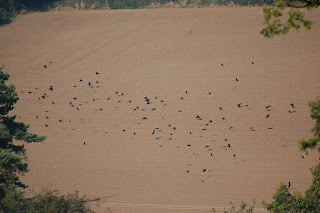 An 8.15a.m. start in superb weather. Bright light and no cloud cover with temperatures reaching 17C. I ventured out along the ridge path to Bush Wood, returning along the Ash valley. In all 29 species were recorded with the highlight being a little owl in hedgerow to the south of the Ford. Unfortunately, too distant for a reasonable photo, but great to watch. My attention was drawn to the area by a large number of birds descending on one particular hawthorn bush. A scan with the binoculars showed the owl to be roosting on outermost branches of the bush. Moorhens were recorded along the Ash where also 3 superb male bullfinches were observed. Dunnocks, reed buntings and yellowhammers crowded the hedges close to Bush Wood and jays were recorded in large numbers (12+) feeding on acorns. Skylarks flew over the recently ploughed fields along the Ridge path. 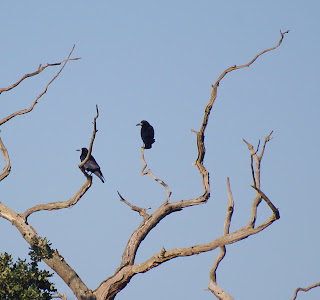 However, as I approached the road 2 swallows headed south; maybe my last sighting of the year.
A comma butterfly showed well enough to be photographed, as shown here. Other photos depict 2 rooks, a silhouette of a teasel head and a flock of corvids. What I particularly like about this shot is, due to the strength of the light, their shadows have been captured on the ploughed field. This gives the impression of many more birds than there actually is. The last shot is a rather shy dunnock. 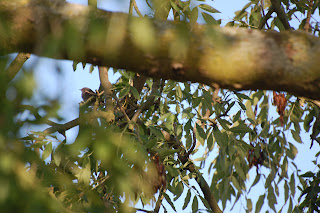