Glorious morning, so up and out early for a check around the lagoon east of Hadham Hall. Usual fare: chiffchaffs, goldcrests, linnets, blue, great and long tailed tit with a solitary mallard and a pair of coots.
The barn owl treehole appears to be full of twigs, so either they are nest building or a pigeon or magpie has moved in. Shall keep an eye on developments over the next few weeks.
A whitethroat called from the  hedgerow, a first for the parish this year and this was closely followed by my first views of house martins this year. As usual, over Hadham Hall.
A check for the spotted flycatcher that nested here in 2014 and was briefly heard and seen in 2015, but so far, no returning bird. Yellowhammers were on good numbers, as were chaffinches and goldfinches around the hall. 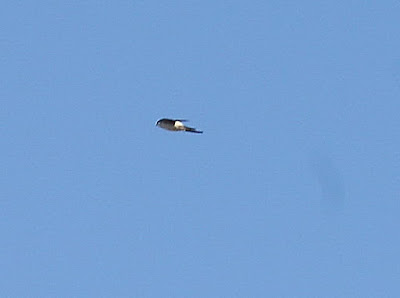 1st house martin of the year