This year I have fully recorded all micro moths to the Skinner 125W garden trap, totalling in all 123 species, along with several more from outings to local woods.
Several species were good records for Hertfordshire and one a good record for the UK, so all in all, a pleasing year. I also have photographic records of micros for June 2011 - Nov 2012 and shall go through these to add to the list on the right hand side of this page.
The first and last micro of the year was the common plume, Emmelina monodactyla with Diurnea fagella being taken in March, along with Ypsolopha mucronella. A 20 plume moth was also taken on the last day of March
Into April and still very quiet for micros, Agonopterix alstromeriana, Agonopterix arenella, Syndemis musculana and Notocelia cynosbatella were the only representatives for the whole month.
May started equally quietly, with plenty of nettle tap moths, bee moths, before a Phtheochroa rugsana was taken on the 19th. There then followed a flurry around the 20th with 4 species taken in one night, including Eulia ministrana. By the end of May, my micro total was up to a paltry 22 species, with nothing out of the ordinary
By the end of June this total had jumped to 47 species, with more unusual moths being: Lozotaenia forsterana, Parapoynx stratiotata, Ephestia unicolorella ssp woodiella, Hedya ochroleucana and plenty of the splendid Pseudargyrotoza conwagana.
Into July, taking the running total to 104, with plenty of good moths:
Batia lunaris: 03.07.14 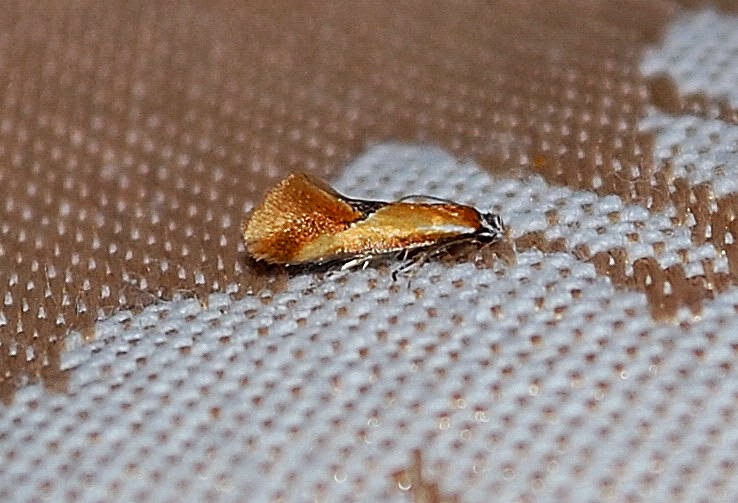 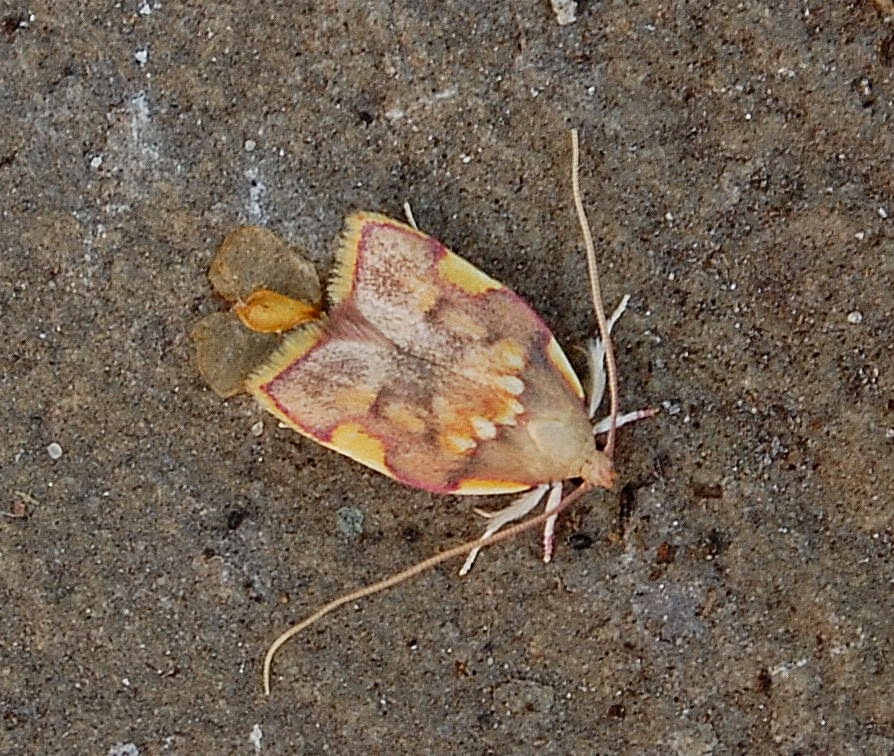 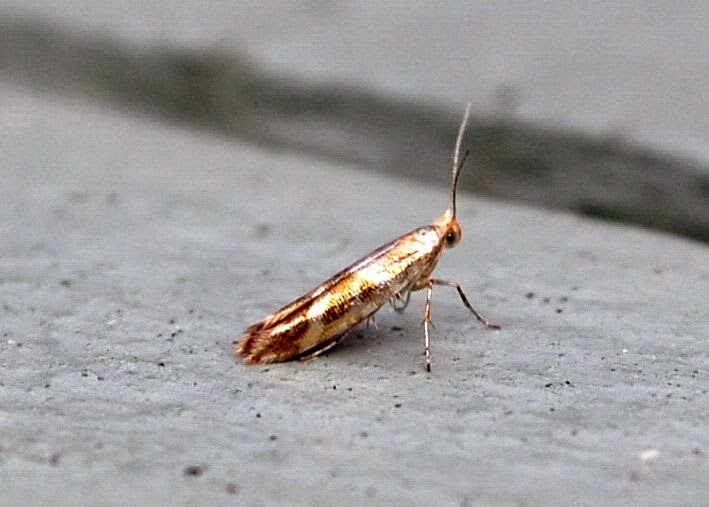 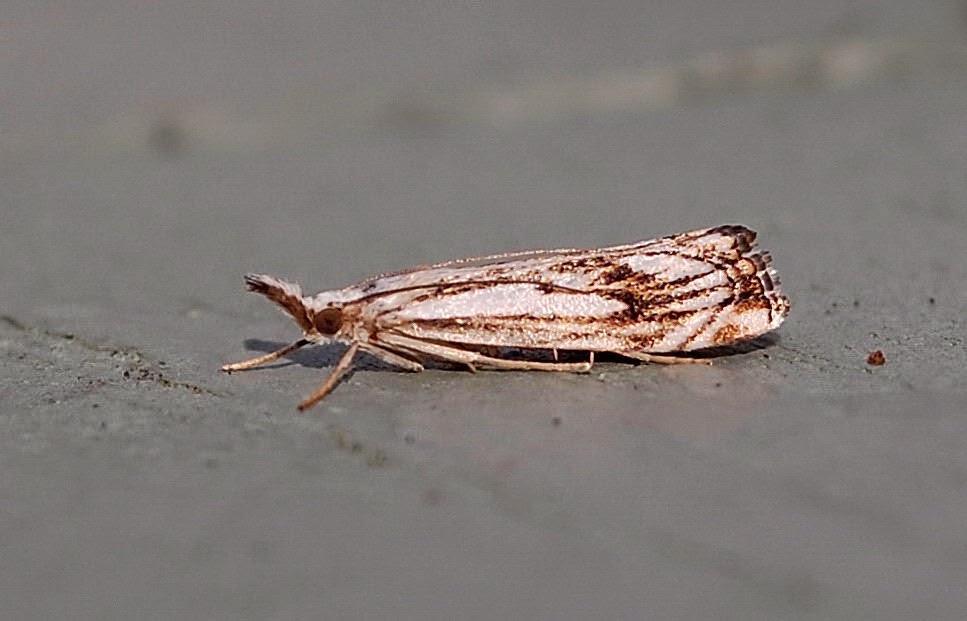 Oncocera semirubella: 21.07.14 a new moth for the garden and one that was reported in the 2006 Herts records as Herts extinct. A good moth indeed. 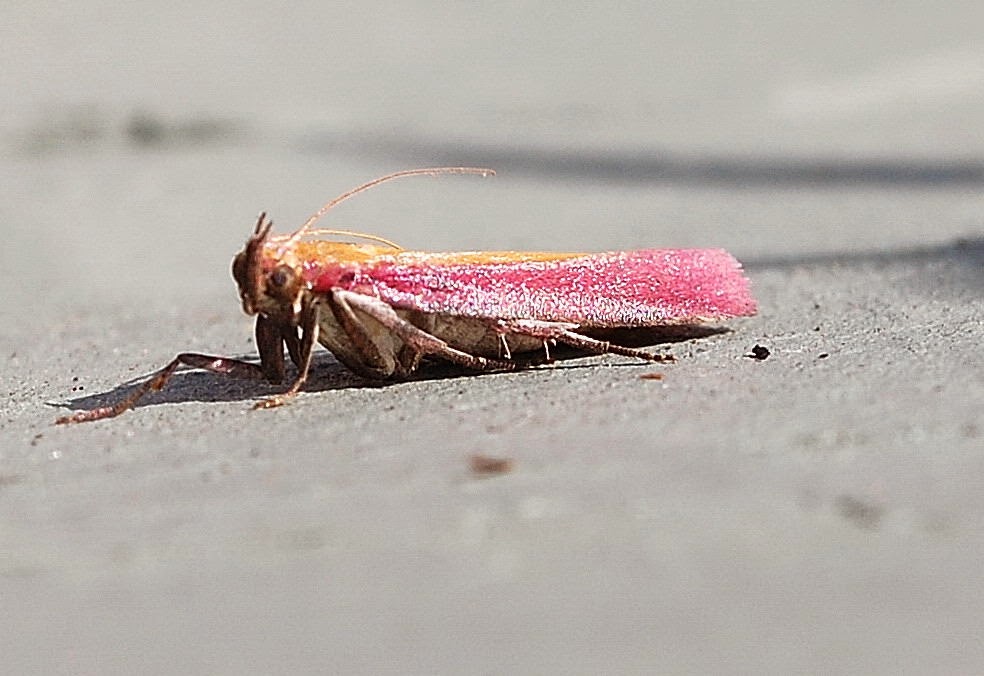 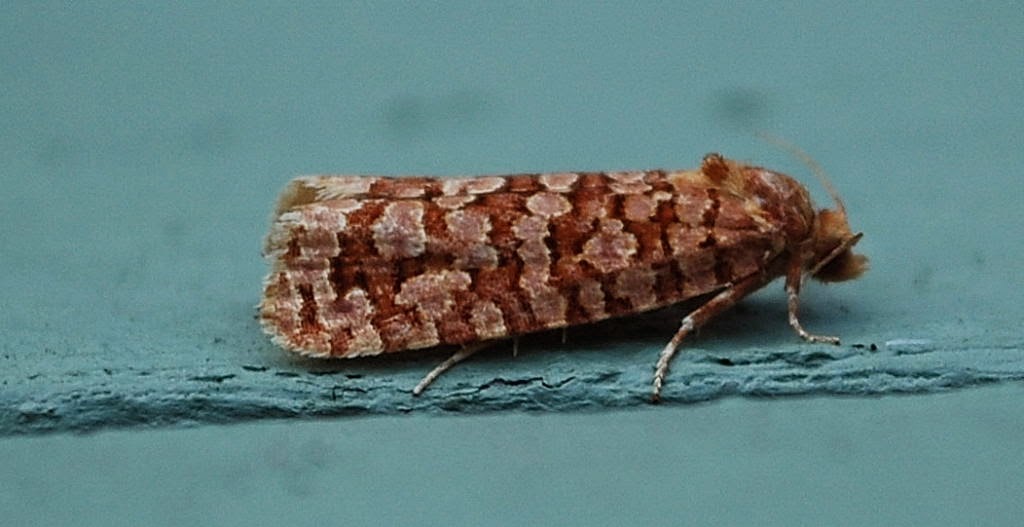 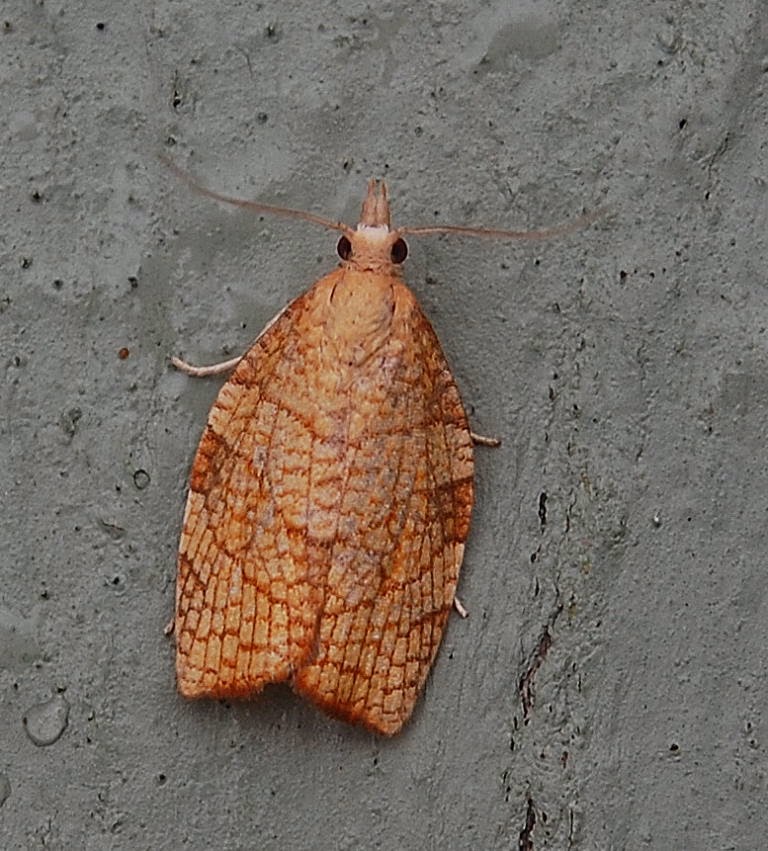 August began quietly with Yponomeuta plumbella being taken on the 6th, and then the excitement really kicked in with a moth I had not seen before and was confident it was not in any field guides I had. Eventually identified at 1.30 in the morning with Graeme Smith's help as a Diaphania perspectalis, the box moth an invasive pest originally from Japan. Nevertheless, a great moth to get in the trap. An Acleris rhombana on the 18th and by the 25.08.14 I had taken my 3000th moth for the year, a lesser yellow underwing. How unexciting!


This was the period of the grass moths, Agriphila tristella, Catoptria falsella, Crambus pascuella and, whilst trapping in nearby Millennium Wood, 5 Agriphila selasella. these were shown to the county recorder for correct identification as a very good moth for the county. All 5 were identified as selasella

Into September and Bryotropha affinis and Cacoecimorpha pronubana were the 115th and 116th micros on the 6th with Hypsopygia glaucinalis on the 17th.  Acleris sparsana on the 23rd and the month concluding with Clepsis consimilana on the 30th, this being the 120th for the year.
However, the probable real highlight of the year arrived on the 15th October and one of the last micros of the year, a Diasemiopsis ramburialis. A seriously rare inland migrant from North Africa, perhaps, certainly southern Europe.

The final micro record of the year, the 123rd was another visitor from foreign shores, but a much more expected species, Udea ferrugalis, the rusty dot pearl. This was taken on the 26th October. 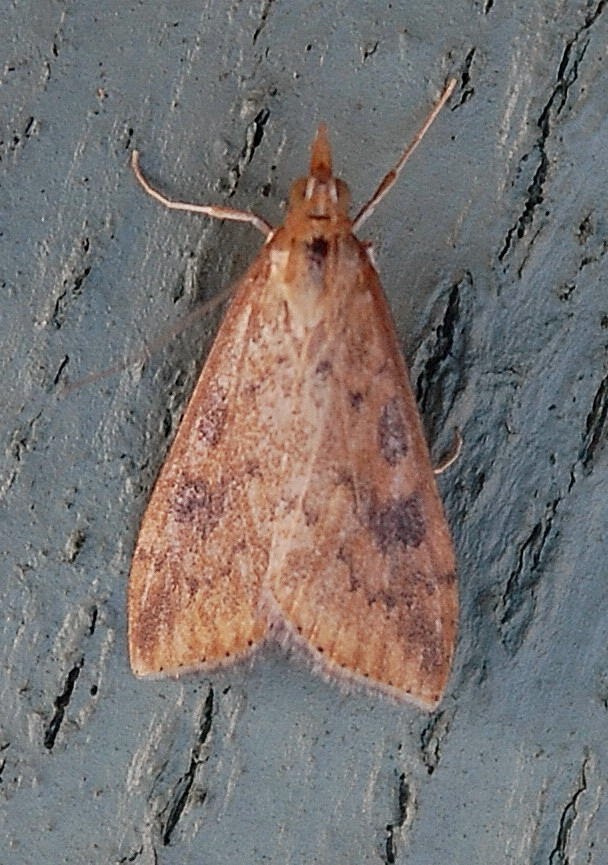 So, a fascinating year recording and, once I have trawled through previous records, I shall have a definitive number of species taken at the garden trap. Roll on July 2015! As Graeme pointed out: probably not too many micro moth-ers have taken both D. perspectalis and D. ramburialis in the same year, very lucky indeed.
Edit: spent the whole day going through over 340 archive photos dating back to 2011 of micro moths. Have added a fair few to my records of ones that I can definitely now identify due to more knowledge and better selection of texts. These have now been added to the records on the right. Just 17 left to identify.
Posted by Jono Forgham at 23:16