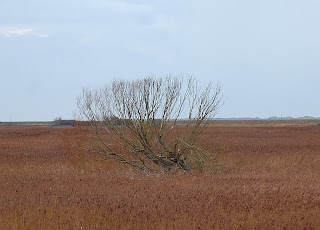 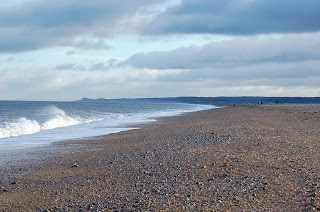 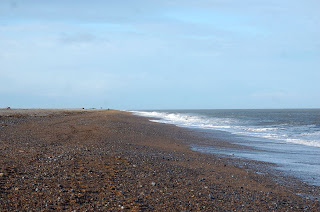 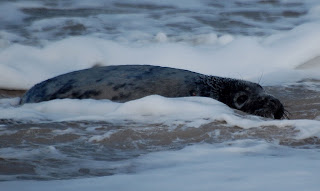 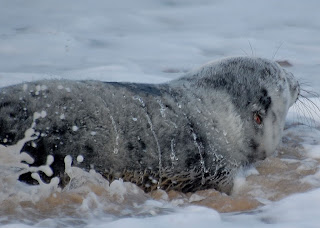 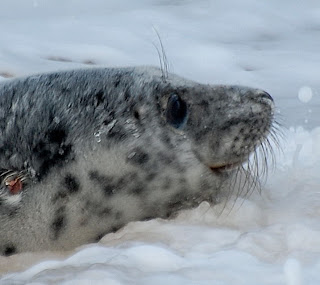 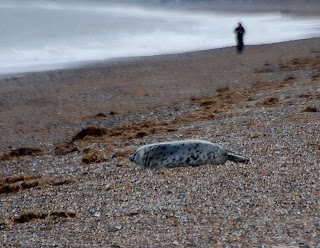 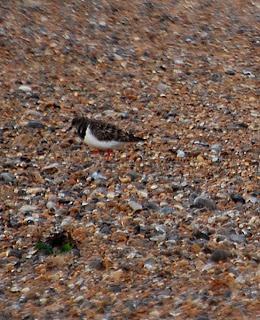 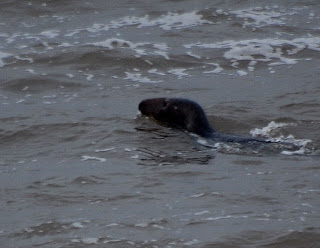 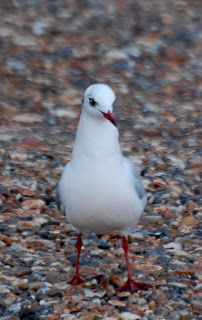 First day of two in Cley next the Sea staying at the wonderful George Hotel. Up early at 1st light for a quick pre breakfast trip to Cley beach car park and the North Hide. Usual suspects ( brents, wigeon, shoveler, golden plover, gadwall, teal, marsh harriers etc.) After a fine full breakfast a walk setting out to Blakeney Point, some 10 mile round trip over constant shingle. Low temps and high winds meant we got to Halfway House before retracing our steps, this time on the sea side of the spit. Red throated divers, dunlin, knot, turnsatone, ringed plover, full set of expected gulls, shelduck, meadow pipits, goldfinches and reed bunts observed along with at least 4 hares. However: highlight was watching grey seal pup take its first swim. After birth they remain on shore for 3 weeks, being fed by mother before they moult abnd can take to the sea. This creature found it difficult getting through the breakers, being washed back on to the shore. Both parents watching from the water. Eventually it made it, accompanied by an adult. Set of photos attached along with a few views, a distant turnstone and a confiding black headed gull. Finally at 2pm off to the East Bank at Cley Marshes to Arnolds Marsh and Pays pool for the rarity; western sandpiper. Although scrutinising over 200 dulin, no western sand was found. Admittedly, it was fast fading light with horizontal rain. Good views of black tailed godwit, curlew, grey plover, shelduck, skylarks, little egrets, redshank and an over med gull. Try for the yankee piper again tomorrow at 1st light.
Posted by Jono Forgham at 17:10