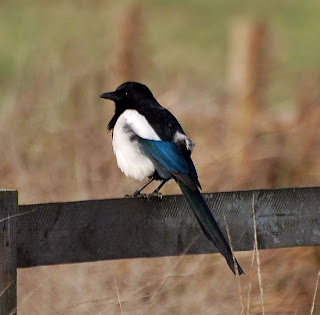 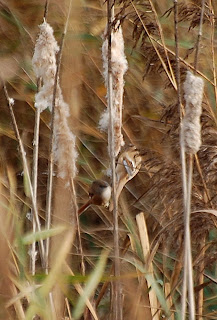 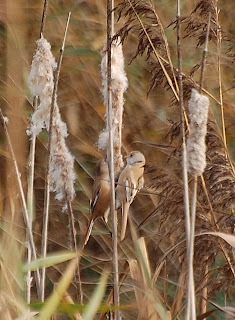 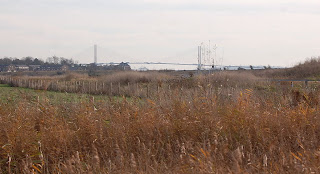 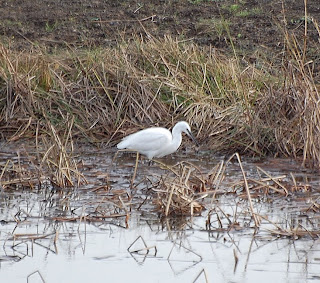 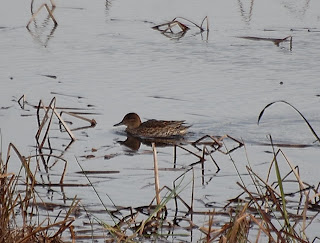 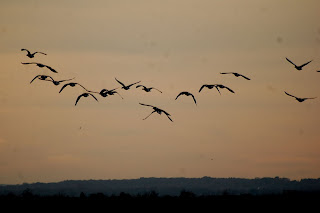 A day visit to Rainham Marshes RSPB reserve today. Quiet around the reserve trails in poor light, but still some noteworthy birds. Linnets, lapwings and starlings were seen in their hundreds with good numbers of teal, wigeon, canada geese and grey lags. However, highlight birds were 2 bearded reedlings, photographed from distance. Both look like 1st year individuals. Also a snipe, cettis warbler and 5 spectacular drake pintails. The most memorable moment was watching 2 carrion crows attacking a lapwing. Firstly they attacked it at the water's edge, holding it down before it broke free. They then dive bombed the lapwing, knocking it into deep water. They then ignored it until it tried to fly from the water, whereupon they just knocked it back in again. This went on for 5 minutes before the lapwing was so waterlogged it could not get away from the water, so the crows then kept pushing it under until it drowned. They then paid no more attention to it. Seemed like it was no more than entertainment. This thought was echoed by the warden who said it was a regular occurence. Other photos show greylag, female teal, 2 little egrets, an irridescent magpie, a sunset fly past of canada geese and a view of the QE bridge at Dartford
Posted by Jono Forgham at 22:08