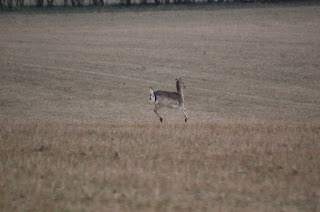 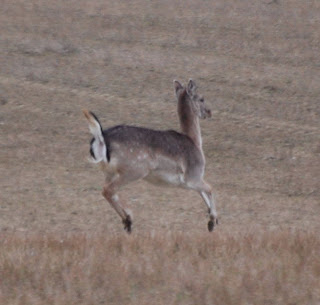 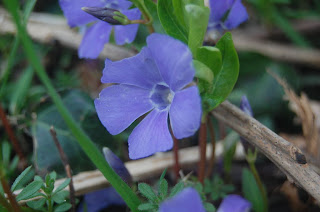 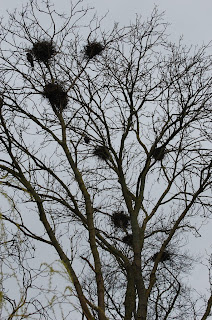 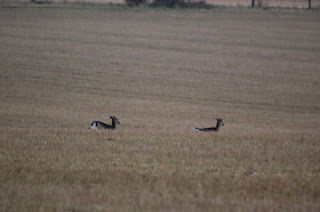 A wonderful wander over to the school, along the A120 and then taking footpaths to Albury End. The undoubted highlight was seeing 3 fallow deer heading west from woods near Albury. several photos here. These were the first proper sightings I have had of this uncommon local species. Previously, a fallow stag had been observed in a field at Cradle End, but this had unfortunately been hit by a car and had to be destroyed.
The first lesser periwinkles were flowering adjacent to the footpath leading to the A120 from Chapel Lane.
Birds were everywhere, with over 150+ chaffinches in fields near Albury End. Over 14 singing skylarks recorded over the whole walk. The A120 rookery opposite the school holds more than 30 nests with constant calling and coming and going with nest building material. Photo above. 20 linnets were also feeding in fields near the traffic lights and finally a calling tawny owl in Muggin's Wood and a female sparrow hawk chasing pied wagtails in the farmyard of Home Farm, Chapel Lane.
Posted by Jono Forgham at 17:57